NTUCB tells PM to pay up

Governments of Belize and El Salvador hold meeting on Security 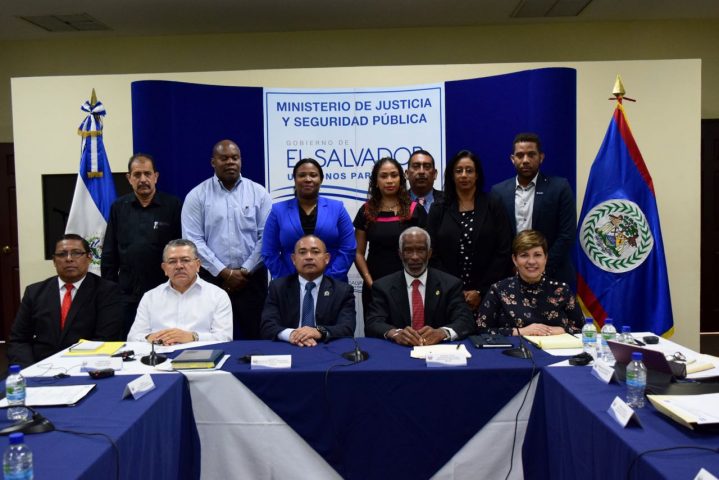 During the meeting, both delegations focused on improving efforts in the areas of migration, intelligence sharing, international security and terrorism, prevention of gang violence, and the fight against organized crime and forensic sciences.

The delegations agreed to hold the next Technical Cooperation meeting in Belize in June 2018 and committed to continue the dialogue through the established channels of communication in security.

The delegation also visited the National Forensic Laboratory and the Immigration Office at a Border Entry Point to exchange best practices in dealing with migration flows.

The delegation from the Republic of El Salvador was headed by Minister of Justice and Public Security Commissioner Mauricio Ramirez Landaverde.

Other participants included the Director of Intelligence Commissioner Edgar Lizama, Vice-minister of Social Prevention Luis Flores Hidalgo, along with other representatives from El Salvador’s Police and Immigration departments.