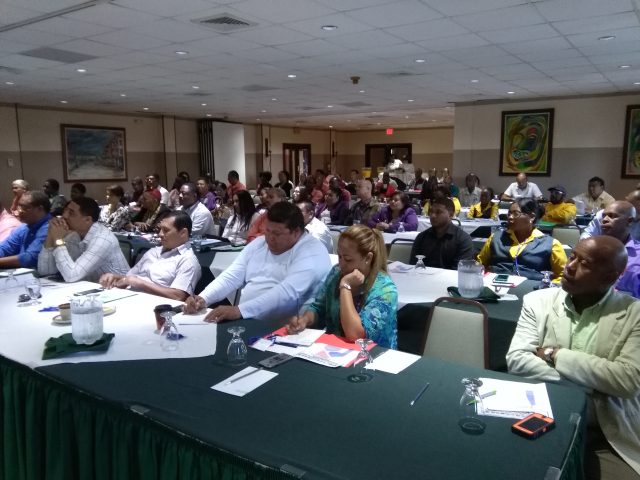 By BBN Staff: Mayors, City And Town Councillors and other municipal officers gathered at the Radisson Fort George Hotel and Marina today for a special training session on Accountability and Transparency.

The training included presentations by the Auditor General (AG), Dorothy Bradley, on the role.of the AG’s office; Former Chief Magistrate Margaret McKenzie, on Code of Conduct for Elected Officials; Belize City Mayor Darrell Bradley, on Accountability as a function of Leadership; Melissa Balderamos Malher, on the Role of the Integrity Commission; and Rubiceli Perera, on the Role of the Ombudsman.

Bradley said that the training was important because it highlighted the importance of the municipal governments, which has a staff of over 1,500 people and a budgetary allocation around $130 million.

Channel 7’s Jules Vasquez presented Bradley with a list of 58 names of City Councillors who did not declare their assets in accordance with the laws of Belize, to make the point that accountability is not a practised culture at the municipal government level.

“We’re not where we need to be. what you have shown me represents a blight on municipal government and we need to ensure that we are correcting these things. We correct them by ensuring that there is proper training and capacitating of local government practitioners, and also enforcing the relevant legislation,” Bradley said in response.