Police: Woman robbed of her cash in broad daylight in Belize City

Senate Hearings come to an end 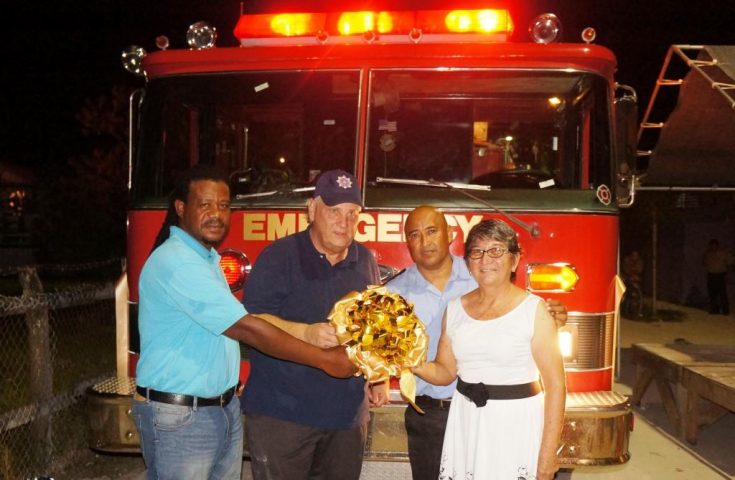 By BBN Staff: The Village of Caye Caulker has received a new fire truck which is now part of the fire-fighting fleet of the National Fire Service.

The truck is a donation from US citizen James York of Beechwold Christian Church, Columbus, Ohio and was shipped to Belize through the assistance of the United States Air Force.

The truck has a 1,000 gallon capacity tank and is capable of discharging water at 150 PSI (pounds per square inch).

The handover ceremony took place on the island last night.

The speeches were followed by an official handover of the keys for the fire truck and a display/demonstration.

The donation came through the personal efforts of Caye Caulker’s Officer in Charge, Miguel Matus, who made the request back in 2013 when he first met York.