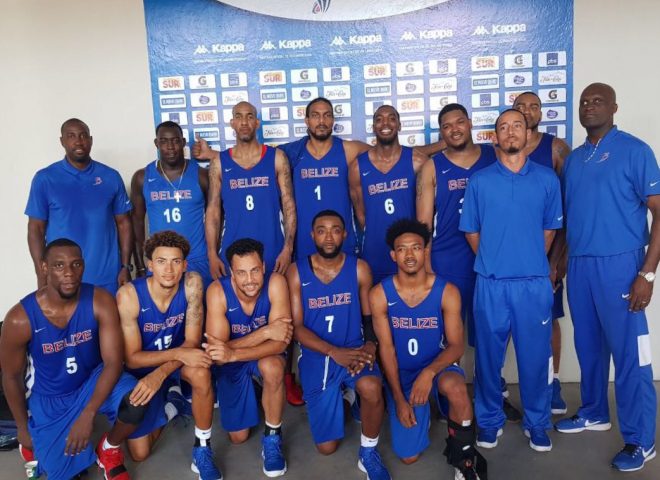 Posted: Friday, December 8, 2017. 3:35 p.m. CST.
By BBN Staff: The Belize Basketball Federation (BBF) issued a statement today expressing congratulations to the players and coaches of the National Basketball Team for their stellar play, which led to bronze medals for Belize in the XI Central American Games being held in Nicaragua. These represent the first medals for Belize at the games.

In a hard-fought battle, team Belize played their hearts out and held on to close out a 63-58 victory over Honduras to secure bronze.

While the team was shooting for gold, this achievement against tough competition is encouraging for the BBF’s National Team Programme.

The Central American Games will be followed by the National Team’s participation in the first round of the FIBA AmeriCup competition which starts in February, 2018.

The FIBA AmeriCup competition marks the launch of a new competition and Olympic qualifying format being adopted by FIBA which features a new ‘home and away’ structure for international play.

The BBF says that this new format allows exposure of our team and our country in each round, and permits our fans with the best opportunity to provide maximum support when we host our opponents at each stage of play. The availability of the soon to be completed Belize Civic Center with FIBA approved specifications is therefore considered very timely.

The BBF is a non-profit organization which relies solely on contributions and assistance from the private sector and the public at large for their programmes.

The federation says that it looks forward to continue working in partnership in an effort to develop the sport of basketball in Belize.