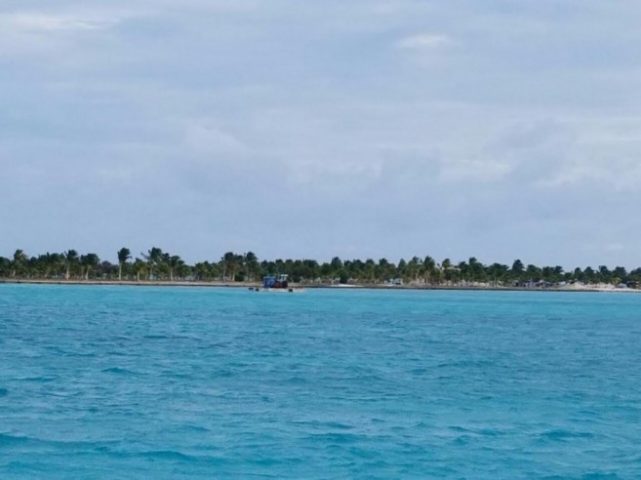 By BBN Staff: According to a report from the San Pedro Sun, the Caye Chapel Development group is proposing an investment for a US $250 million five star resort scheduled to be built on the island over the next 4 years.

On Thursday, November 30, the group invited interest parties to share their ideas and opinions when they presented their Environmental Impact Assessment (EIA) for the project at a public community consultation at the University of the West Indies School of Continuing Studies.

According to Allan Herrera, this new venture is projected to create 500 new jobs during the construction phase and hundreds more jobs once it is opened. Herrera prepared the EIA.

The EIA included a social impact assessment and Herrera explained to the group that in preparation, the traditional territorial fishing that many fishermen enjoy in Caye Caulker was taken into consideration along with tour guides using it for picnicking.

However, Herrera further explained that the investment would be beneficial to everyone and he is hoping that Caye Caulker residents would seek employment with the new project.

Herrera stated that the project is expected to provide many economic benefits to the area and to Belize including increase revenues for local restaurants and bars, handicraft vendors, tour guides, fishermen who will be able to sell to the resort and tourists.

According to the Sun, a major issue that was discussed is the dredging required to extend the airstrip which is currently 1000 meters.

The developers are proposing to lengthen the runway to accommodate small jet aircraft, and this will require lengthening the runway by another 1,600m (1 mile) south.

A few fishermen expressed their reservations about how silt from the dredging would impact their catch.

The public relations consultant for the project, Dionne Chamberlain in response told them that the project would mine landfill, had not yet been determined, but that they would welcome the fishermen’s input, and that they would be allowed to visit the proposed dredging site.

According to the report, this new project will see 100 bungalows or guest villas over the water.

Environmentalists and conservationists also expressed their concern for damages to the seabed and disturbing of wildlife erosion of beaches, mangroves and sea walls.

Chamberlain explained that they have replanted mangroves in some areas to secure the shoreline.

Another big move would be that the island would be getting an undersea cable link to the Belize Electricity Ltd.’s national power grid.

A public survey was done demonstrating that 40% of the community of interviewers strongly agreed to the project and another 55% agreeing to the project. A minority of 2% disagreed with it.

The group reassured that there would be more meetings forthcoming as the developers continue to engage interested parties in their consultation.

The Sun reports that a visit to the island proved the luxury of the fittings on the existing guest accommodations,.

It includes a state of the art kitchen, walk-in freezers, and many other amenities where no cost had been spared.

Since, the existing structures are not part of the architect’s new design, it will be torn down. However, the site manager explained that they will recycle and reuse the fittings.