Belize City businessman almost robbed at gunpoint at his store

Sugar industry put to the testimony 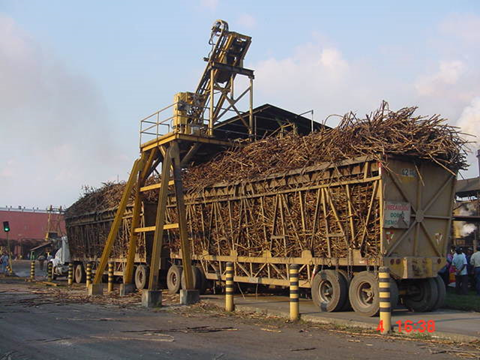 By BBN Staff: The 2017-2018 sugar crop, feared for many years by industry stake holders because of the loss of preferential market access in the European Union, opened this week.

The season, the 50th to be celebrated at the Tower Hill Sugar Factory, also comes with additional worries for the industry, because of the alarmingly low price of sugar on the world market. Belize’s sugarcane farmers and the American Sugar Refineries Group (ASR) which owns Belize Sugar Industries (BSI) will now have to diversify its markets and resolve production issues quickly if they intend to remain in business.

At the opening ceremony held in Orange Walk yesterday, ASR/BSI representatives updated the nation on where they are in terms of preparedness and some of the game plan going forward.

Olivia Avilez, cane farmer relations officer, noted that the company and the farmers have worked out one of the biggest problems they had faced this year: the terms of their commercial agreement. Avilez said that the parties have agreed that the farmers will remain committed to the agreement until 2022, as opposed to opting out in 2018, as was the consideration earlier this year.

William Neal- Government Affairs and Communications Officer, explained that the company is working on exporting Belizean sugar to the Caribbean Community (CARICOM) to make up for the projected shortfall in the EU.

“”Globally, because there is a surplus of sugar we see, I think, last December it was as high as 24 cents, you are now down to about 13 cents, 12 cents a pound. It is very hard for you to produce sugar and sell it on the world market and that is why the Caribbean is such an important sell. Our shift has to be to find new markets. One of the markets that we are targeting is obviously the Caribbean/ CARICOM market,” Neal Told the media.

He noted that the factory produced 144 thousand tons of sugar last year, with a local consumption of only 15 thousand tons. With the projected production for the 2017-2018 crop to be around 1.37 million tonnes, the pressure is on to find a market for the excess.

As a CARICOM country, Belize enjoys trade concessions with its 13 other member countries; however, six other CARICOM counties, which also produce sugar, are all trying to diversify their markets as well. It remains unknown how the competition within the region will affect Belize’s ability to penetrate CARICOM markets. Breaking Belize News will be following up with the industry stakeholders as the crop progresses.