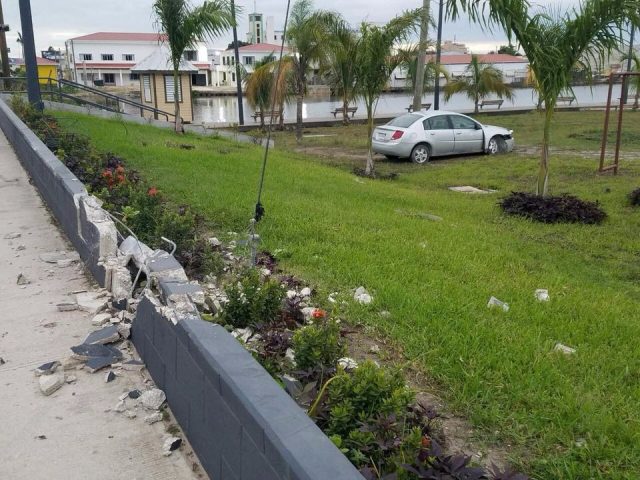 By BBN Staff: The driver who crashed into and destroyed a portion of the newly constructed Civic Center fence in Belize city has been charged by police for drunk driving.

According to police, Kemar Wade, 26, a clerk of a Belize city address, was charged with ‘drove motor vehicle with alcohol concentration above the prescribed limit’. A urine sample was taken from Wade, which confirmed that he was drunk at the time of the accident.

Police also told the media that after Wade is charged, his insurance company should cover the cost of damages. Wade crashed into the fence some time after 9:00 last night.

As we previously reported, Wade destroyed the portion of the fence before the new facility had even been opened to the public. A public viewing hosted by Deputy Prime Minister Patrick Faber is scheduled for tomorrow.