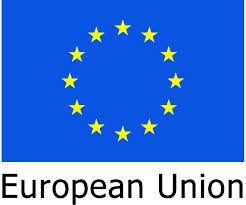 By BBN Staff: The Ministry of Health (MOH) in partnership with the Ministry of Economic Development (MOED) issued a release to clarify statements on European Union (EU) funds allocated to the Government of Belize for the health sector.

According to the release, Prime Minister Dean Barrow signed an agreement with the EU for a total value of 27 million euros for the Health and Energy sectors under the 11th European Development Fund (2014-2020) in October 2014.

These funds are earmarked by the EU to Belize.

These development funds are granted to Belize and other African, Caribbean and Pacific States to assist in the social and economic development of member states in particular with respect to poverty alleviation.

The initial proposal submitted included a large infrastructure component which would have added a 50-bed, energy efficient wing to the Western Regional Hospital.

However, the vetting process had to go through several screenings within the EU structure.

In the meantime, the MOH proceeded with developing and submitting the necessary documentation for an estimated eight million euros investment for the infrastructural components within the allocation for the health sector.

During subsequent visits by the European Union to Belize and in close consultation with MOH and MOED, the final focus of the health sector initiative was placed on the upgrading of health facilities to meet SMART and ‘Green’ standards.

This new focus would ensure that health facilities, including Regional Hospitals and the Central Medical Laboratory, would be upgraded to withstand natural disasters, be more energy efficient, and meet safety criteria for patients and medical staff.

Other components within this Health Sector initiative would also include upgrading of the Health Information System, and Strengthening of Organization and Management of Health Services.

The aim of the initiative is to contribute to a high performing and improved health sector for the health and well-being of Belizeans.

The Financing Agreement has been approved by the European Union at a total cost of 10,575,000 euros.

The official signing of the agreement between the Government of Belize and the European Union will take place in the first quarter of 2018.