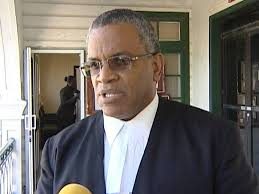 Courtenay, in an interview with Channel 5, noted that the press release relegates Jaen to just a player in a team which is otherwise hidden from the Belizean people.

“If you read the press release, they don’t identify who they are, but they say we brought him in, we tolerated and allowed him to come into the company. So who are the people who have experience in airport development, in airport management, in airport operations?,” Courtenay asked.

He noted that given the sensitive nature of airports, the demand for high-quality international standards to be met, and the questionable way the deal has been unfolding so far, that the government of Belize will inevitably run into problems as the project progresses.

GOB announced last week that it had signed a memorandum of understanding with IAA Belize, a company which has no website and no record of having worked on any airport projects prior to the multi-million dollar Efrain Guerrero International Airport to be built in northern San Pedro, Ambergris Caye.