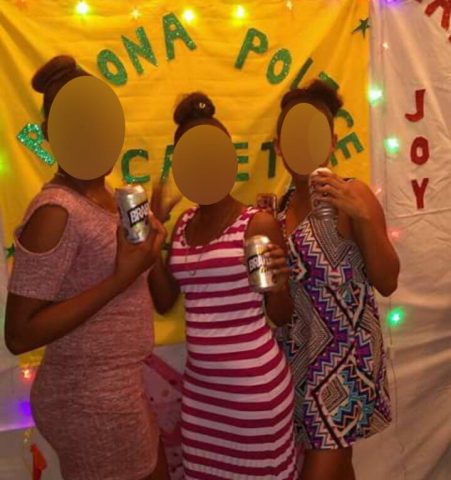 By BBN Staff: This week, a photo went viral on social media that revealed three teenage girls posing with contraband beers at what appeared to be a party for police cadets.

Today, Assistant Commissioner of Police, Chester Williams, provided insight into the matter.
He firstly revealed that two of the girls were eighteen years old and the other was nineteen years old.
The trio were not at all cadets or were previously cadets.
At the cadet party held, parents and their children were in attendance.
According to Williams, there was a party held at the same venue in Pomona before the cadet party. The girls in the picture were reportedly posing with empty cans that were disposed after that event.
Williams says officers are investigating the origins of the contraband beers.