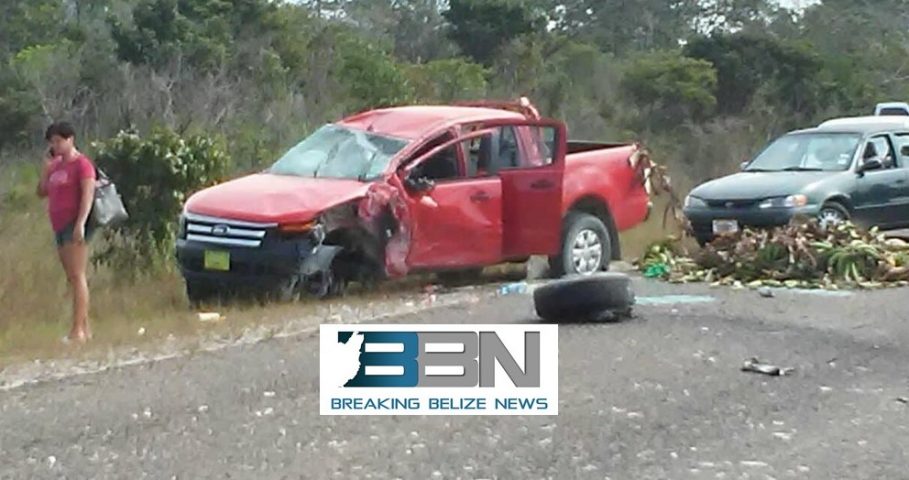 By BBN Staff: On Tuesday, December 26th 2017, Ladyville police responded to calls of a traffic accident on the Phillip Goldson Highway between miles 36 and 37.

Earl Trapp, Mayor of San Ignacio and Santa Elena, was driving the Ford Ranger heading from Orange Walk to Belize CIty when the Toyota Corolla, which was heading in the opposite direction, collided into the Ford Ranger.

The green car was being driven by 40 year old Ricardo Carcano, a taxi driver of Orange Walk. The impact between the two (2) vehicles caused the Corolla to overturn.

Carcano sustained head injuries and a broken left leg. He was rushed to the KHMH where he is in a stable condition.

Earl Trapp complained of pain but showed no sign of injuries.

He was in the company of his wife at the time of the accident.