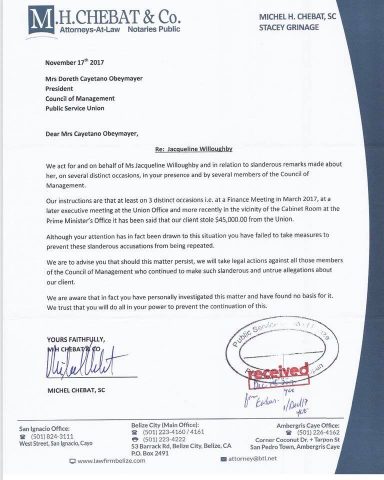 By BBN Staff: Jacqueline Willoughby, a trustee former president of the Public Service Union (PSU), according to letters leaked to the media, has tendered her resignation effective today citing lingering personal and racial differences within the union and has even threatened to sue the PSU’s President, Doreth Cayetano-Obermayer, over “libelous allegations” made against her.

In a letter addressed to the PSU’s Council of Management, Willoughby says: “With great pain I have come as far as I can go with the PSU.” Willoughby says in her letter that everything in the union “…is sojourned on the personal and ethnic front.”

In Willoughby’s letter to the Council of Management, she also makes allegations against members of the union including mismanagement of union funds, disrespect and a lack of decorum. This public falling out is the most recent black-eye for the union after former PSU President Eldred Neal sparked outrage when a secret recording of a private conversation emerged in which Neal made derogatory remarks about the Garifuna culture. 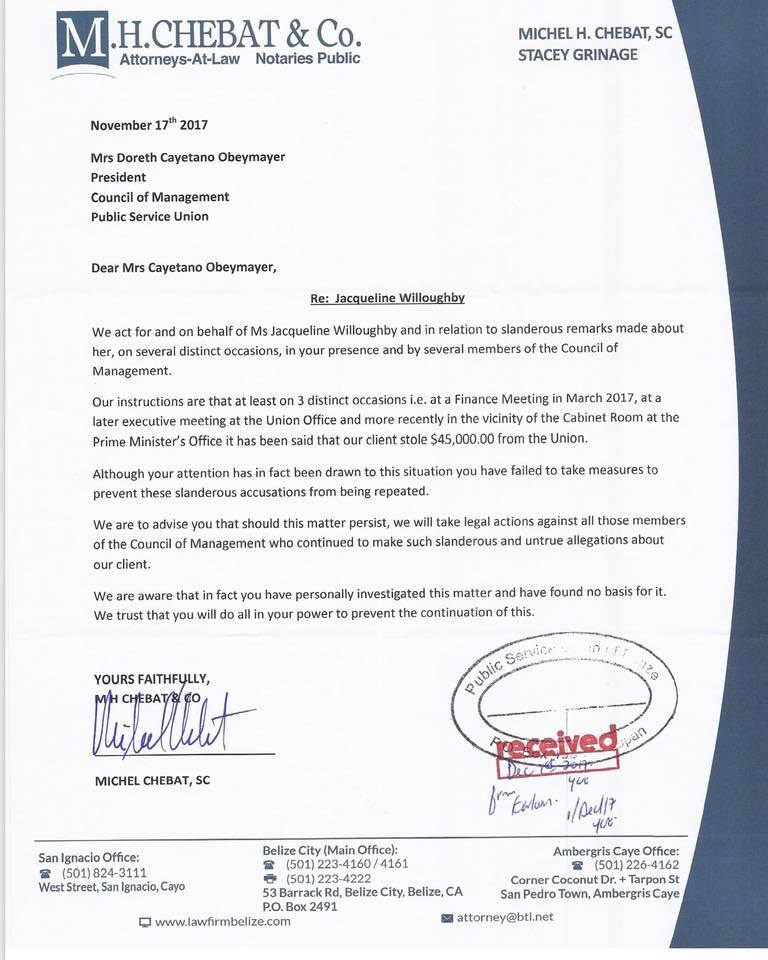 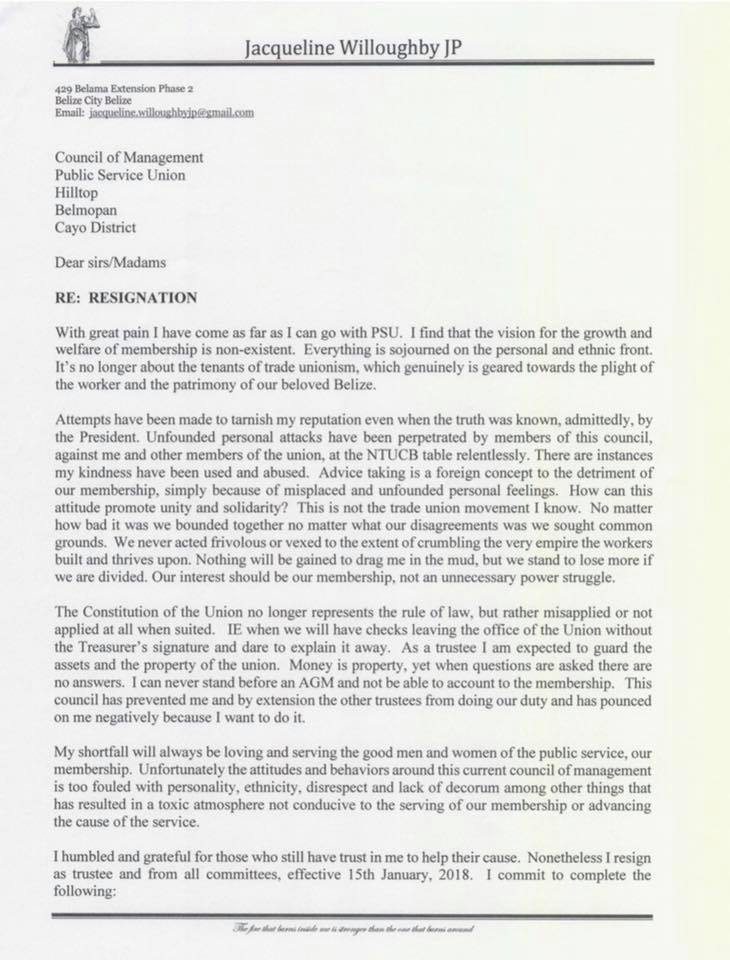 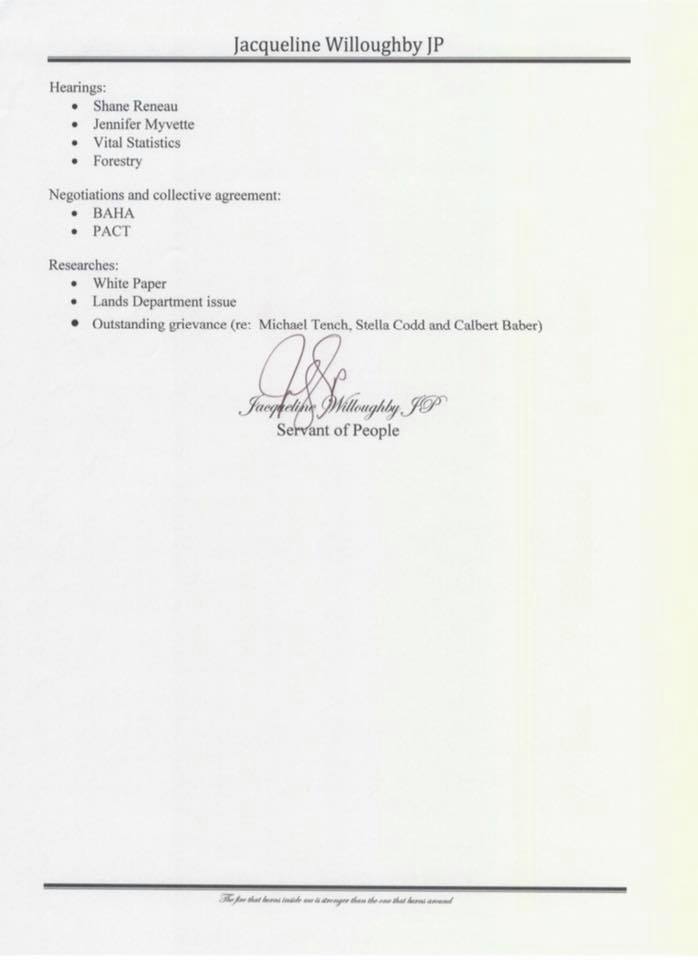