US bans Belize from getting work-Visas

Guatemalan reporter claims he was assaulted by Belizean authorities 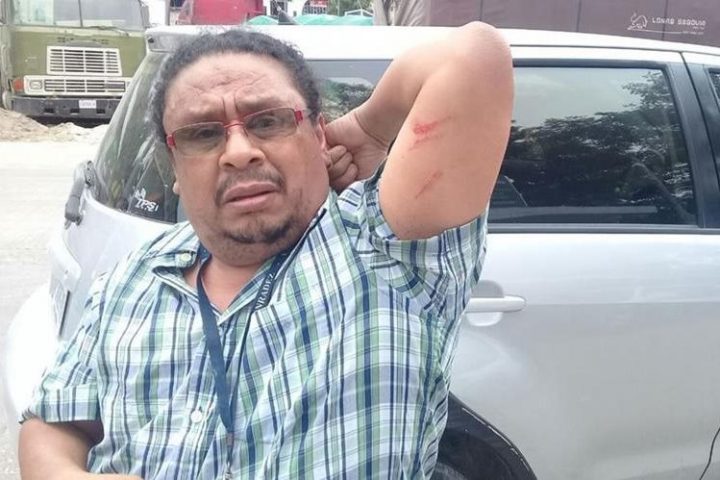 rom Guatemalan newspaper, Prensa Libre, one of their reporters, Rigoberto Escobar was allegedly assaulted by Belizean authorities at the Belize- Guatemala border yesterday.

The report states that Escobar was taking pictures and video of the ‘ adjacency area’ for a story on the upcoming referendum that will be held in Guatemala on the ongoing territorial dispute with Belize when he was approached by a Belizean policeman and two other officers in civilian clothes.

According to Escobar, the policeman questioned what he was doing in Belize’s territory so he informed the officer that he was taking some pictures. He was then reportedly ordered to leave because he was in Belizean territory.

After this, Escobar reportedly left and went to the customs area in Guatemala about 5 meters away but he claims the three officers grabbed him by his neck and roughed him up.

Escobar explained that the alleged assault was recorded and that the police would have taken him to the police station for illegally entering Belize.

Guatemalan taxi men who saw the incident, however, reportedly intervened and helped the reporter. The report further claims that the Guatemalans told the Belizeans that Escobar was free to carry out his job since the Adjacency Zone is a ‘free area’.

Police officers were identified in the report as Ayala, Rodriguez and Edwardo.

Shortly after the incident unfolded, the Guatemalan consulate in Belize was informed and arrived at the Belize customs office to investigate.

The Guatemalan reporter was also advised to file a formal complaint.