One dead in Belize City shooting 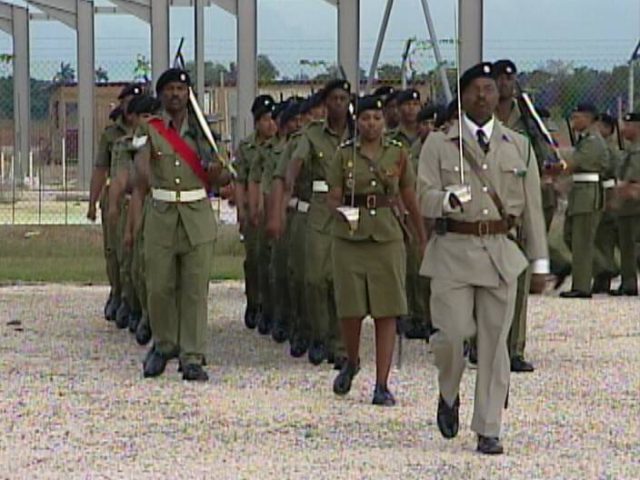 The event includes the passing out of Recruit Intake 63 and the official handing over of Command of the BDF from Brigadier General David Jones–who retired in December 2017, after four years as Commander, to Brigadier General Steven Ortega.

Incoming Commander, Ortega was born and raised in Esperanza Village in the Cayo District. He attended Sacred Heart College and Belize Technical College before joining the BDF in 1990. He thereafter attended the Royal Military Academy at Sandhurst in the United Kingdom and was Commissioned as a 2nd Lieutenant of the BDF in 1992. Throughout his twenty-seven years of service in the BDF, General Ortega attended various courses and conferences locally, regionally, and internationally.

Most notably, Ortega is a graduate of the Command and General Staff College at Fort Leavenworth, Kansas (2006) and the Royal College of Defence Studies in London where received a Master’s degree in Strategic Studies (2016). He is also a recipient of the BDF’s Long Service and Good Conduct Medal and the Force’s Certificate of Distinguished Service.

The public is invited to join in the celebration on Friday as well as the BDF Day activities to be held at Price Barracks on Saturday, January, 27.