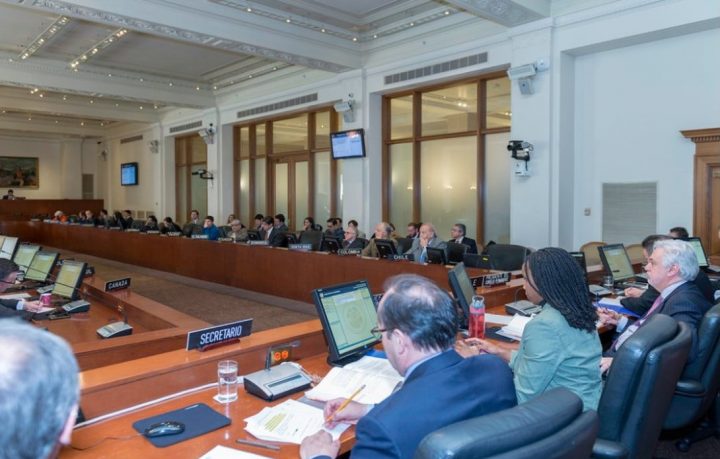 By BBN Staff: Today Minister of Foreign Affairs, Wilfred Elrington and Guatemalan Foreign Minister Sandra Jovel made presentations to the Permanent Council of the Organization of American States (OAS) to update on the status of settling the territorial dispute.

In his presentation, Elrington explained to the OAS that Belize will not be going to a referendum on taking the dispute to the International Court of Justice (ICJ) before the March Municipal Elections or the Voter re-registration, which will take place sometime later this year.

Elrington also took the opportunity to appeal to member countries and allies of Belize to offer assistance by way of finance and expertise to assist with the referendum process.

In her presentation, Jovel went through the timeline of the dispute, from its genesis between Spain and Great Britain to the ongoing negotiations between Belize and Guatemala. Jovel said that her government is striving for a peaceful resolution to the dispute in accordance with international law. She went on to say that the Guatemalan Department of Agriculture has instituted programs for job creation in the Adjacency Zone, which alleviates the need for Guatemalans to enter into Belizean territory to try and make a living.

The section on Belize and Guatemala ended with brief remarks by OAS Secretary General Luis Almagro.