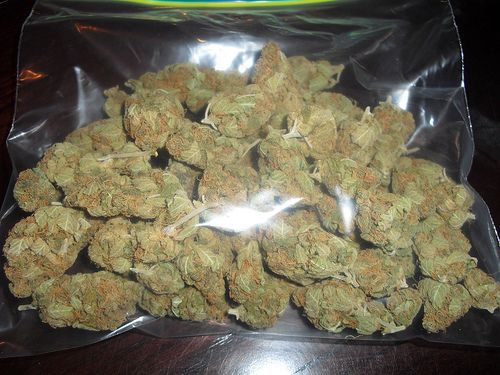 By BBN Staff: A man and his female companion will be escorted to court today to answer to charges to drug trafficking after they were busted with over 18 pounds of cannabis.

Around 6:45 p.m., police were conducting an operation in, Teakettle village when cops observed a white Toyota Matrix parked on the side of the road.

According to police reports,  a man was standing beside the vehicle and a woman was seated in the driver’s side.

Officers became suspicious and decided to search the vehicle, during which they found the cannabis wrapped in 7 parcels.