National Cancer Registry could be coming this year 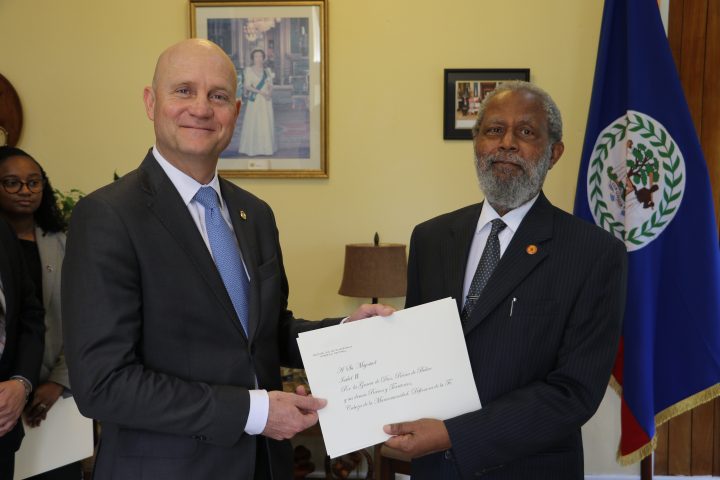 By BBN Staff: Almost two years after the Government of Guatemala recalled its Ambassador to Belize, it has appointed a new one.

Ambassador H.E. Georges de la Roche Du Ronzet Plihal presented his Letter of Credence to the Governor General of Belize H.E. Sir Colville Young, today at the Belize House in Belmopan. The appointment of the new ambassador comes only two weeks after Belize and Guatemala presented at the Organization of American States, asking countries for financial and technical assistance in holding referenda with respect to taking the territorial dispute to the International Court of Justice.

During her presentation, Guatemalan Foreign Minister Sandra Jovel is striving for a peaceful resolution to the dispute in accordance with international law, however, with no ambassador in Belize, those efforts could easily come under scrutiny by the international community.

Morales at the time condemned Belizean authorities and argued that the tragic event took place on Guatemalan soil. He further alleged that Belizean authorities fired first on unarmed Guatemalan civilians. An independent investigation later conducted by the Organization of American States proved that all Morales’ statements were inaccurate, prompting the Government of Guatemala to call for the removal of OAS Special Representative for Belize/Guatemala affairs, Magdalena Talamas.