Establishment of the North-eastern Biological Corridor 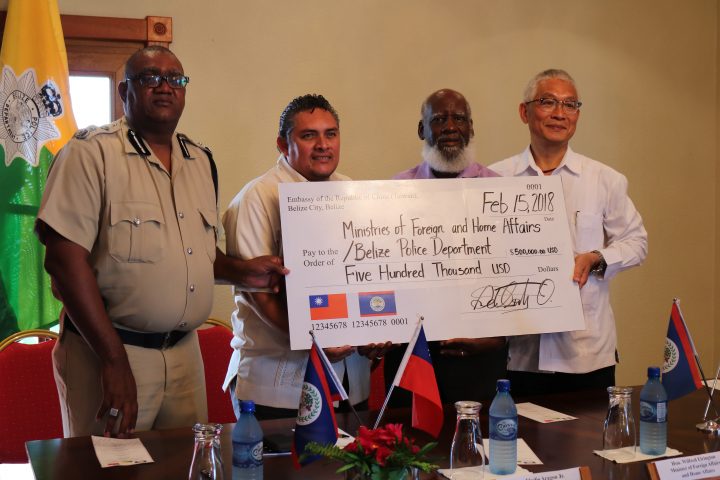 By BBN Staff: Yesterday, Belize received US $500,000 from the Republic of China (Taiwan) to support ongoing efforts aimed at strengthening the Belize Police Department as part of the Security Cooperation that exists between the two countries.

The contribution will be used for the purchase of standard police equipment and law enforcement technologies for the Department, including alcohol measuring instruments, bulletproof vests, and motorcycles.

Elrington expressed gratitude to the Government and Ambassador of Taiwan as well as senior police officers in Belize who sought the funds.

Commissioner of Police, Allen Whylie stated that it is an unprecedented day in the history of Belize since it is the first time that 1 million Belize dollars has been donated for crime fighting in Belize and the acquisition of resources for the Police department.

With diplomatic relations established almost 30 years ago, the Republic of China (Taiwan) remains a committed and consistent partner for development to Belize.