By BBN Staff: Minister of State in the Ministry of Foreign and Home Affairs, Elodio Aragon, has filed a lawsuit against several media houses claiming defamation of character and libel, over a political paid ad for by the People’s United Party (PUP).

Aragon’s attorney, Estevan Perera sent a letter addressing each media house, which aired the ad. Perera says his client is demanding a public retraction of the claims made in the ad along with an apology. Aragon is also demanding that the media houses undertake in writing that they will not publish or broadcast the same ad or any similar allegation about him.

He is also requesting $3,000 for legal fees and $5,000 in damages for “serious injury to his reputation which he has suffered and the associated distress and embarrassment caused”. 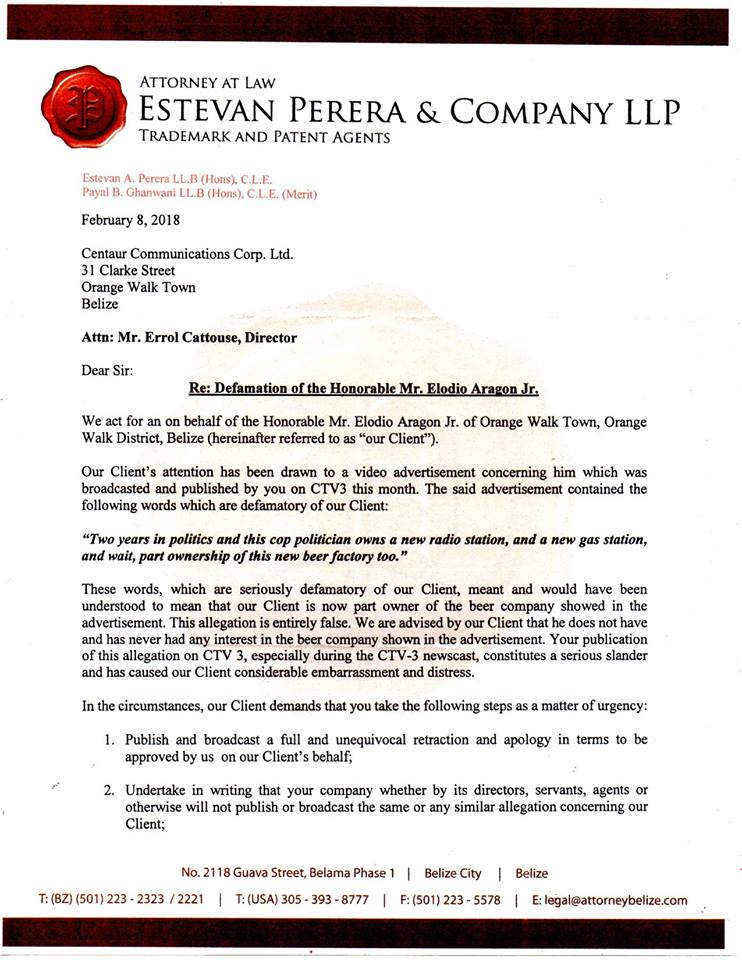 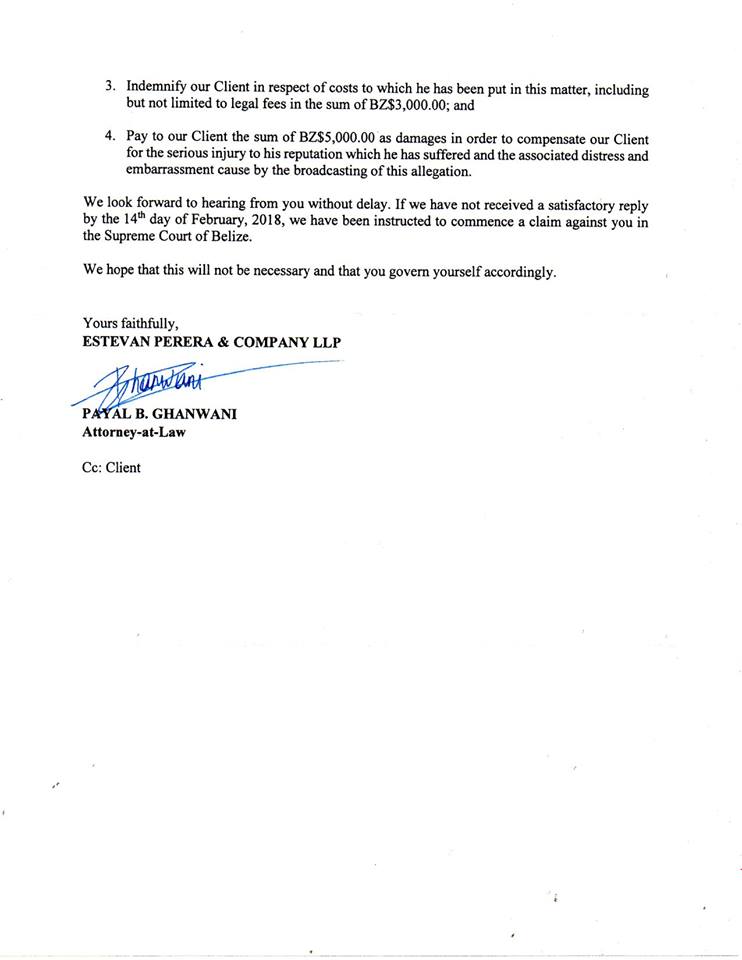