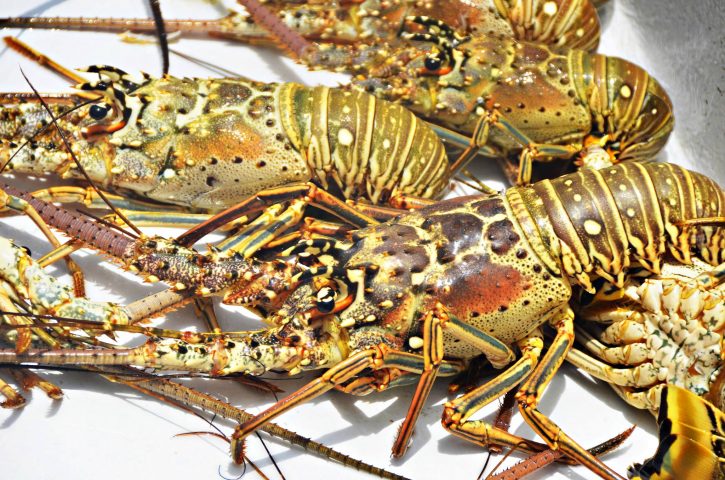 By BBN Staff: The Fisheries Department has announced the official closure of the spiny lobster season, noting that the amount of lobster harvested for export has greatly increased.

The season came to its official close on Thursday, February 15, meaning that no person or establishment should be found to be in possession of lobster, or face a $500 fine or imprisonment. The same goes for fishermen, who are now prohibited to catch lobster until the season reopens in June.

Fisheries Officer, Ramon Carcamo, in an interview with the San Pedro Sun, said that the sesonal average for harvested lobster tail is around 400,000 pounds, which is valued at $12 million. He noted that this year Belize began additionally exporting whole lobster, for which there was another 400,000 pounds, valued at $6 million. He said that the tourism industry had a large role to play in the increase in harvesting, to fulfil demands for local consumption.

Carcamo went on to say that the reason for the closure of the season is for the lobster to reproduce, to keep the country’s stocks viable. The Department of Fisheries along with its other partners such as the Coast Guard and NGO’s collaborate to ensure enforcement during the closed season, to ensure that the industry survives.