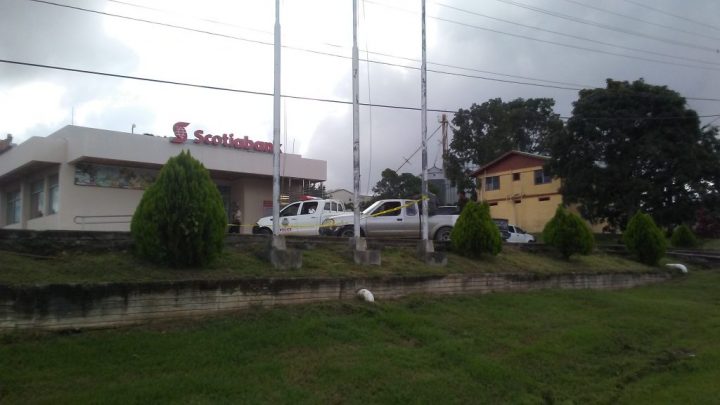 By BBN Staff:Today, Scotiabank Belize announced that it will be closing two of its district branches later this year.

Scotiabank said that it would close Spanish Lookout Branch effective April 20, 2018 and its Placencia Branch effective June 22, 2018. The bank explained that the closure came after reviewing its operations and assessing the needs of their customers, while looking at maximizing the efficiency of its operations.

“We are also committed to supporting our employees through this transition while staying true to our principles of treating employees, fairly, equitably and with respect.,” the bank added.

The Spanish Lookout Branch has been robbed several times, though the bank did not say whether the robberies had any influence on its closure.

In November 2014 Scotiabank head quarters in Canada announced a plan to save CAN$120 million by shutting down or shrinking 120 branches, 35 of which were in the Caribbean. At that time Belizean branches were spared, although the bank instituted a change to the Spanish Lookout Branch, by shortening its business hours.

“In some of these (Caribbean) countries, we are just overbranched and we have to size it to the economic realities of these economies,” said Scotiabank Chief executive officer, Brian Porter.