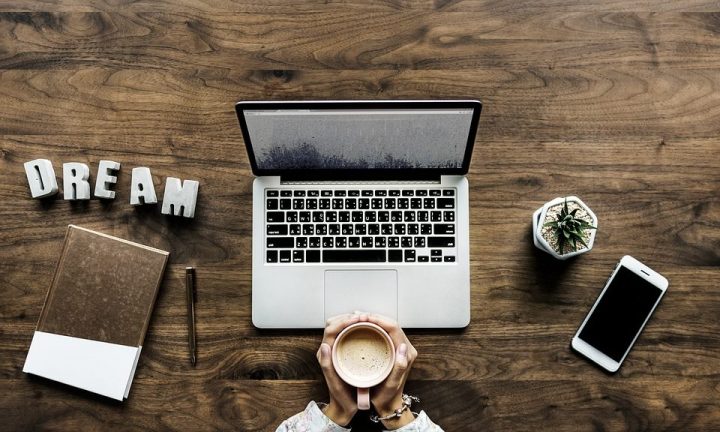 By BBN Staff: Several weeks ago when Belize and many Belizeans, for the first time in their lives, experienced an unprecedented tsunami warning, it felt unlike any other natural-disaster-type scenario faced here before. It happened so sudden and the threat felt very real as cars headed for higher ground, the streets felt chaotic and frantic confusion at gas pumps caused much frustration. One can only imagine that local service providers must be experiencing similar anxiety faced with a wave of global technology and copyright obligations threatening to redefine services including cable, internet and telecommunication in Belize as we know it.

We all know that technology develops at a dizzying pace but it had always seemed, at least in times past, that Belize was always a step behind in terms of the latest tech. In recent years, however, and with the advent of the Internet, social media and new apps and programs; global technology has become an important part of Belize’s sustainability. Industries from the financial market to commerce and service providers depend on various forms of technology more than ever to connect with their customers and provide quality services.

But the integration of global technology has its drawbacks as well, mainly for service providers in Belize who already face doing business in such a small market. The official population count is around 350,000; and of that, the labor force is only 166,000. This may seem like a significant number to some, but that is still a relatively small market. And of the 166,049 working people that currently make up Belize’s labor force, each service provider may only be able to reach a small percentage of those potential consumers depending on type of service provided and accessibility based on location.

It is the reason why companies in Belize have tried time and again to establish and maintain monopolies on certain industries. There was a time when BTL was the sole telecommunication provider in the country; and a time when Bowen & Bowen were the sole providers of sugary-carbonated beverages. Competition is important, especially in a capitalist democracy, but small markets don’t bode well for service providers and especially when the market becomes saturated. It is the reason why many international franchises have decided against investing in Belize, because the market size, would not translate to enough profits to make returns worth it.

But the consumer only cares about the best quality service at the most affordable rate. And with so many options available globally, service providers here at home may soon be forced to make some tough decisions about their investments.

Executives from HBO, one of the world’s largest television networks, recently visited Belize to begin discussions about having cable providers in Belize come on-board in terms of honoring copyright obligations. Cable providers, for decades in Belize, made huge profits pirating channels and content, which in other countries, are sold to consumers for a premium price. Now HBO has come knocking on the door of cable providers here in Belize, and it is just a matter of time until other networks arrive, demanding the same cooperation.

For the cable providers, and for consumers, this could mean a drastic change in the way cable services are offered in Belize. For Belizeans who have visited or have friends and family in the US, it is known that cable prices in the US are astronomical compared to the $45 price tag for over 200 channels here. Pay-per-view events, such as popular boxing and UFC matches, are sold separately to consumers in the US and cost as much as US $100. Cable providers in the US offer a basic package that does not include networks like HBO, SHOWTIME, STARZ and other popular networks that air many popular shows. It costs an additional fee to add each network to a basic plan, so prices for cable can get quite costly. It is expected that at some point, once Belize is fully cooperative with copyright obligations, cable providers here will have to offer similar packages to consumers. But in a stagnant economy where growth is slow and prices for goods and services are constantly rising, can cable providers survive increasing the price of their service significantly?

Many Belizeans are already subscribers of Netflix and Amazon Prime Video, and these services may become even more popular if the price for cable increases drastically. There is no data on how many Belizeans subscribe to Netflix and Amazon, so there is no way of really knowing how far the reach of these services are, but there are quite a number of Belizeans who already use these services and may encourage others to do so if and when the rates for cable go up. Hulu, which a fast-growing streaming service now running competition with the likes of Netflix and Amazon, is also offering a “live TV” package that allows subscribers to view up to 60 premium channels with the option to add-on networks like HBO, Cinemax and SHOWTIME for an additional fee. This plan from Hulu would cost US $39.99 monthly plus an additional US $14.99 for HBO and US $8.99 for SHOWTIME. There are also other streaming services which offer similar packages at comparable prices.

Belizeans may think this is quite the price tag now, but when cable providers are required to follow stringent copyright laws, these prices might actually become bargain alternatives. And for many Belizeans, especially those who live along portions the Philip Goldson and George Price highway and only have one option in terms of cable providers, alternatives would be welcome. As part of an agreement with the Belize Broadcasting Authority, cable providers in Belize city were assigned one highway each so that there would be no competition along the highways and cable providers would secure consumers along those roads so their operations could remain sustainable for business owners. This was, and remains an unfair advantage to cable providers who already profit from illegal international practices, and prevents consumers from making a choice between service providers, effectively providing a government-sanctioned mini-monopoly of the industry. But copyright holders and large networks don’t care about the sustainability of cable companies in a small market, they only care about collecting what they are owed for the intellectual property they market.

Telecommunication and Internet services have also been affected in recent years by technological advances. Apps like Whatsapp, Facebook, Viber and others allow users to make calls using Voice Over Internet Protocol (VOIP). The increase in popularity of these apps has affected the phone companies, which also offer broadband and data Internet services. As a matter of fact, Prime Minister Dean Barrow pointed to this very trend during his recent budget presentation when he announced that GST would now be applied to data sales. This obviously means an increase in the cost of Internet data to compensate for the loss of revenue because of VOIP enabled apps.

But much the same way that the Internet has enabled companies to offer subscriptions to services that stream movies, TV shows and music; Google’s Project Fi has started offering a similar service but for telephone and mobile data coverage. What’s more is that Project Fi’s has expanded its coverage since February to include Belize. Now, Project Fi may not be as popular a service as Netflix or Amazon, but as prices for services continue to increase, it could be an option that some Belizean may be willing to consider in the future.

Project Fi is a mobile virtual network created by Google that provides phone, messaging and data services to users anywhere in the world. The service, which was launched in 2015, automatically switches between networks depending on signal strength and speed. Project Fi has partnerships with networks including Sprint, T-Mobile, US Cellular and Three, each of which have partnerships with telecommunication companies around the world.

Project Fi’s service comes with a flat monthly rate of US $20, which includes unlimited international text messaging, and phone calls at US 20 cents per minute. Data costs an additional US $10 per gigabyte of data used. So if for instance a person used say 3 gigs of data per month the total on at the end of the month in Belize dollars would be approximately $100.

Now, this option may be difficult for many to access as there are some restrictions especially for the less tech-savvy of us, however, it’s not out of the realm of possibility, especially in this day and age when services and products are frequently copied and expanded; that other cheaper and more user friendly options may become available. If and when that becomes a reality, telecommunication companies in Belize will have a hard time keeping up with the array of alternatives technology could provide.

The one thing we know for certain, however, is that technology does not regress. New and cutting edge technology will keep being developed and not just for consumers in one market. Large corporations and companies all around the world are trying to maximize their global reach and profits. We have seen this clearly in Belize with marketing of new phones and devices, but it is only a matter of time before other innovative services start being offered globally which could threaten the bottom line of service providers here at home. Those service providers in Belize will either need to innovate in order to survive or get out of the way altogether and look for other areas to invest in.