COMPOL refutes allegations that Kendis Flowers was killed by police

BDF and more police officers to be deployed into Southside, Belize City 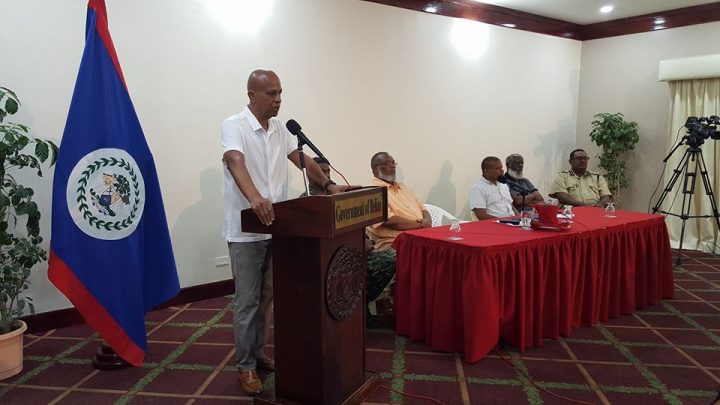 By BBN Staff: Prime Minister Dean Barrow announced today that the major security forces of Belize (BDF and Police) will work in joint collaboration in an effort to neutralize the crime situation in Belize City.

Barrow announced that details of the collaboration will be worked out among the agencies this coming week.

Saldivar was previously the Minister of National Security but the portfolio was removed by PM Barrow after it was alleged that he had business connections with accused murderer, William Danny Mason.

Barrow also informed that cabinet will present a declaration to the Governor General to list certain regions in Belize City as ‘emergency areas’.

The PM explained that the government along with the new Ministry of National Security are determined to bring ‘some level of reassurance to the public’ immediately with the strategies that they will be putting in place.

Barrow stated that the joint collaboration of working under one Ministry of National Security will assist the security forces collaborative efforts to curb the ‘crime phenomenon’ that is plaguing the old capital.