Southside cops may soon get discounts at UNO gas stations

Apply for a CARSI grant from US Embassy today 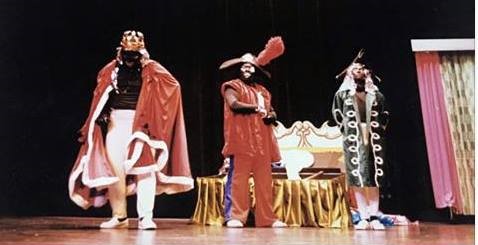 By BBN Staff: “Goodbye Belize” is an original Guatemalan play written in 1971. Several series of the plays have been updated.

But, what has not been updated is the way how it portrays Belizeans.

The play is based on Guatemala’s long standing territorial claim over Belize.

The actors in the play appear in blackface, a controversial acting method often considered racist, using black make up, black paint and black clothing to depict people of color.

Showings of the play were held from April 5-8. It is described as a musical comedy in which the actors overemphasize their lips while they dance to Belizean music.

Also featured in the play is the map of a portion of Belize.

According to the Stage Director, Gerardo Palala, the play is based on an investigation made by González Dubón that exposes what happened at the time when the secession of national lands was made.

The play is being held just days before Guatemalans will vote in a national referendum on whether or not to take their territorial claim to the International Court of Justice.

The play is being used as a part of Guatemala’s intense campaign in encouraging Guatemalans to vote ‘yes’ in the referendum.

Belize has not yet set a date for its own national referendum since Government is seeking financial aid to raise the $8 million needed to do so.