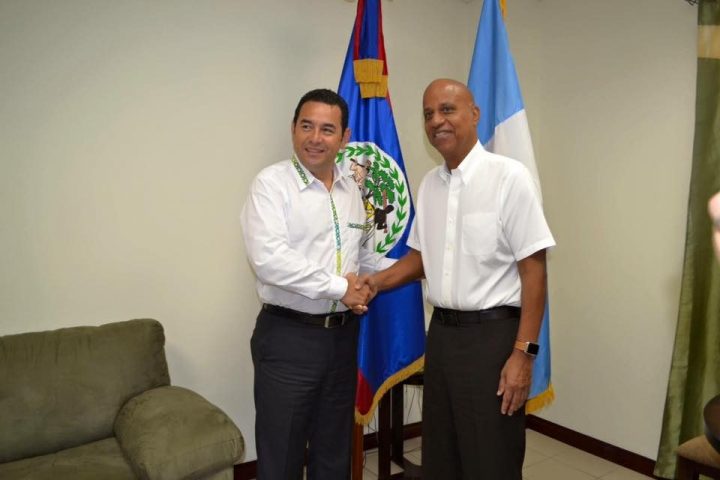 By BBN Staff: In a televised interview last night, Guatemalan President Jimmy Morales told Guatemalan media and residents that when he officially took office in 2015, he invited Prime Minister Dean Barrow to his swearing in ceremony.

According to Morales, after his speech in which he mentioned Belize as one of the major issues for the Guatemalans, Barrow approached him saying, ” let us not leave as inheritance to our children, the same problems that we inherited from our fathers.”

Morales told the reporter that Barrow’s words showed support for the countries to take the long standing territorial dispute to the International Court of Justice (ICJ).

When the reporter asked Morales about the economical benefits of going to the ICJ for Guatemalans, Morales cited that by Guatemala voting yes and winning, they would have access to the maritime wealth, and insular wealth along the beaches, coast and the sea.

Throughout the interview, Morales seemed hostile with the reporter and after emphasizing that his motive for being on the show was to invite Guatemalans to vote yes in Sunday’s national referendum, he abruptly walked out of the interview leaving the reporter surprised on live national television.