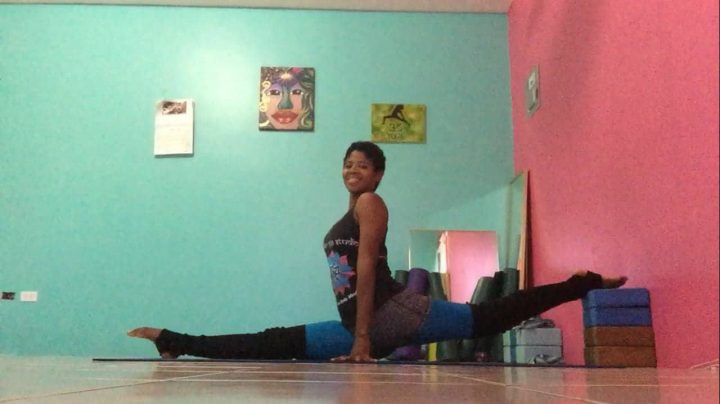 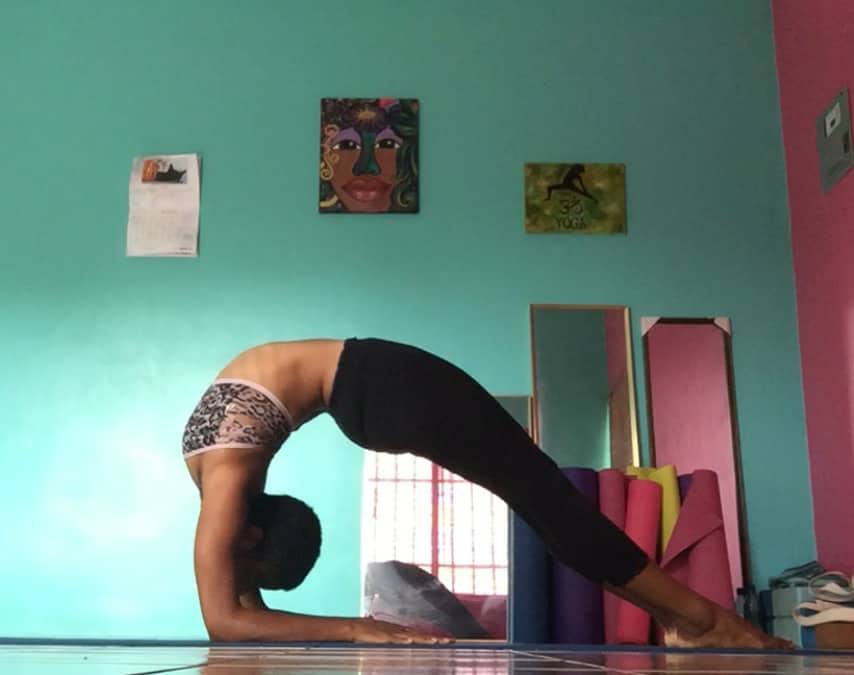 By BBN Staff: In May 2011 at the age of 21, Ashanti Garcia graduated at the very top of her class with a dual undergraduate degree in Anthropology from Galen University and the University of Indianapolis.

Garcia then began working at her first full-time job at the National Women’s Commission in Belize City as the Assistant Project Officer.

Garcia moved from her mom’s home in Santiago Juan Layout, a small village a mile away from San Ignacio heading towards Bullet Tree.

Garcia recalls that it was a huge move for her since she had no  family or friends in Belize City.

Looking back now, she says the sacrifice was worth it, as she initially believed that she had gotten her “dream job” with a monthly pay of $1500-$1600.

“I guess that is why no one (not even myself), thought or expected that I would have become a full time yoga teacher just two years after graduation. My plan was to work two years full time and pursue my graduate studies after in the UK,” Garcia told BBN.

Garcia recalls that while working her office job, she was invited to teach yoga at Royal Wellness Center in Belize City.

Ashanti took the offer starting in September 2011 and  shortly after, she fell deeply in love with teaching yoga.

At that time, Garcia was teaching one evening yoga class from Monday to Thursday and making $25-$30 per class.

“Becoming a full time yoga teacher with my own yoga studio became my new dream and I started sharing this dream with everyone, ” Garcia expressed.

But not everyone was happy with her decision.

Garcia says that her parents thought she would struggle.

Despite having absolutely no support from anyone initially, she was determined to follow her heart and kept working on her dream.

The Wellness Center suddenly closed its doors in December of 2012, and Garcia  was forced to operate on her own, pushing her closer to the dream of having her own studio.

Immediately after her work contract was finished,  she started teaching full time in June 2013 from her Belize City home.

Garcia converted the living room area into her studio space.

With absolutely no prior experience in business, she admits that she made many mistakes in the beginning of her entrepreneurship journey. However, she says that she learned and grew from them.

By March 2014, Garcia applied for a small business grant offered through Beltraide and the Embassy of Taiwan called the EMPRENDE Program.

By September 2014, she was one of the 14 entrepreneurs who gained a grant between $7000-$14,000 to improve her business, which was the only one that was in the health and wellness industry.

Fast forward to 2018 and Garcia says that she is thriving!

” I am FULLY LIVING the life of my dreams teaching ‘just yoga’. I am comfortable and consciously choose to live a simple materialistic life. I can eat delicious and nutritious foods, stay active through exercise and my personal yoga practice, travel and still make time to help others whenever I can emotionally and financially,” Garcia says confidently.

Garcia says that she still has more to dream of, but that part of the story hasn’t formed yet.