Attorneys take on Channel 5 on the court tonight! 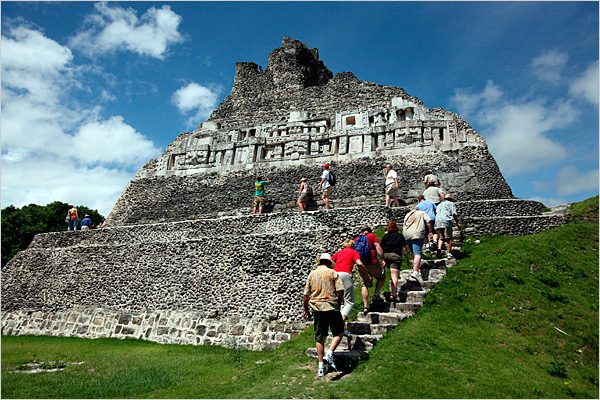 By BBN Staff: Guatemala is four days away from its national referendum, in which Guatemalans will vote on whether to take their long standing Guatemalan claim on Belize’s territory to the International Court of Justice (ICJ).

The government, media and people of Guatemala have intensified their campaign with a Presidential tour and videos urging Guatemalans to vote ‘yes’ to going to the ICJ.

In an instance, Guatemala has all to win in this case and Belize, all to lose since if the ICJ rules in favor of Guatemala. Belize would need to cede a portion of its territory in such a result.

A new report from Prensa Libre, Guatemala takes a look at the territory that Guatemala is claiming along with its cultural heritage.

According to the report, Guatemala is claiming 12,272 kilometers of Belize’s land.

The claim is as part of a territorial, maritime and insular dispute that dates back more than 200 years.

The article highlights “Sierra Maya”, a mountain range with important archaeological centers of the Mayan culture.

The Mayans were the original inhabitants of the area, mainly the Q’eqchíe ethnic group that still inhabits the area.

The territory that is being claimed by Guatemala features a vast amount of protected natural reserves, beaches and historic and archeological sites.

In 1991, Guatemala recognized the government and population of Belize but not the territory.

According to Prensa Libre, Cayo, Stann Creek and Toledo are the three districts located in the disputed area and that could be given to Guatemala if Guatemala wins the case at the ICJ.

The report then cites the main tourist attractions and destinations in the three districts that Guatemala claims including the Cockscomb Basin sanctuary, known as the “Jaguar Reserve,” archeological sites, Maya mountains, and lush rain forests.

Among the many cultural sites and attractions, the article marvels at Placencia as a potential tourist site with world class hotels.

But, Guatemala also has its eye on oil.

The article informs that oil was recently discovered in Spanish Lookout and also takes focus on the many nature reserves also located in the Cayo district, which it says is “an integral part of the economy.”

In a radio interview, a Guatemalan voter informed that he will not participate in the national referendum because he believes it is a waste of resources by his government.

Furthermore, the voter admits that if he was a Belizean, he would vote ‘NO’ to the ICJ. “It is craziness to think that the Belizean people will go out to vote for them to lose a portion of their territory. If I was Belizean, I would never go to vote for something like that,” he said.

The voter speculated that maybe Guatemala’s government officials can try to corrupt Belize’s officials to agree to going to the ICJ, however, the decision to be made in Belize’s national referendum is left up to Belizeans. He added that he is assured that Belizeans will vote ‘no’.

Guatemala’s national referendum will be held on Sunday, April 15.

Belize has not yet set a date for our own national referendum since government is still seeking to raise the $8 million needed to conduct it.