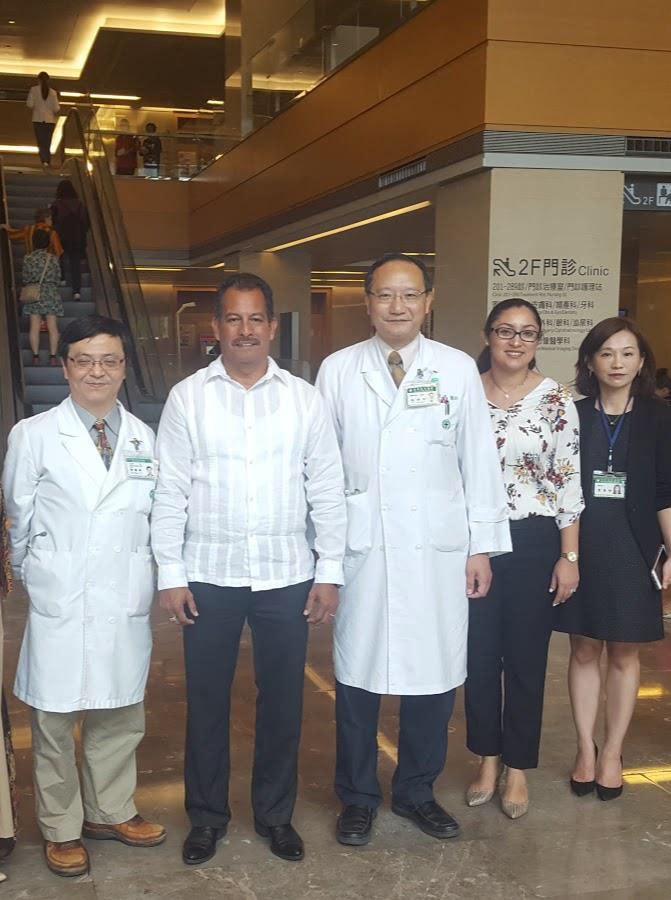 By BBN Staff: The Government of Belize announced today that Minister of Health, Pablo Marin, completed a working visit to the Republic of China Taiwan, at the request of the Taiwanese government.

Marin’s visit lasted from April 2-6, with Belize’s Ambassador in Taiwan H.E. Diane Haylock accompanying him. As a part of the tour, Marin visited Taiwan’s International Cooperation Development Fund (ICDF) and the Far Eastern Memorial Hospital (FEMH), as well as meeting some of the Belizean students who are studying in Taiwan.

Marin held discussions with Minister of Health and Welfare, Hon. Shih-chung Chen, and other key personnel in the Ministry of Health and Welfare, on ways Belize and Taiwan can continue to collaborate for the health and wellness of the people in both countries. The discussions included talks about Belize’s Health Information System (BHIS), which the ministry said that other countries, including Taiwan, can learn from. Marin also requested scholarships for medical specialists.

Taiwan’s invitation comes at a time where the country is trying to strengthen its ties with the limited number of allies that it has left. In June 2017 the Government of Panama severed all diplomatic ties to the Republic of Taiwan, to establish relations with the People’s Republic of China, leaving Taiwan with only 20 countries to continue diplomatic relations. Six of those countries are from East Asia and the Pacific, two are from Africa, 11 from Latin America and the Caribbean (Belize being one of them), and the Holy Sea.