Godwin Hulse: Our aquaculture is going through difficult times 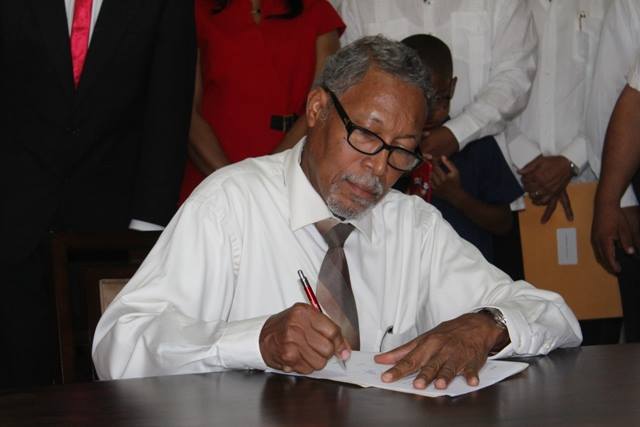 By BBN Staff: Minister of Agriculture, Godwin Hulse, has confirmed that the aquaculture industry is facing dark days.

In an interview with the press, he said, “Our aquaculture is going through difficult times.”

The minister was referring to the fact that the shrimp industry continues to be devastated by the Early Mortality Syndrome which is a disease that affects shrimps and was first detected in China in 2009 before it started spreading around the world.

He explained to the press that there are current technological advances to assist the industry.

“If you take a visit down there [southern Belize] you will see that they are doing various serious moves with respect to the technology. Alvin has his own technology which is smaller ponds, bottom drain, you have things like some other forms of using rice brand in a certain process, some other forms like Mike Dunker has some tubes at the bottom where it is recirculating. All sorts of things are done to try to get on top of this,” he said.

He further added that as a result of these advances, there has been some progress.

“The bottom line is everybody sees some progress so far,” he expounded.

According to Hulse, he has since held joint meetings with civil society and other stakeholders to keep the industry alive and expressed that he was optimistic as a result of those discussions.

The Early Mortality Syndrome has been affecting the aquaculture industry in Belize for the last three years and the industry stakeholders are having a difficult time eradicating the disease.