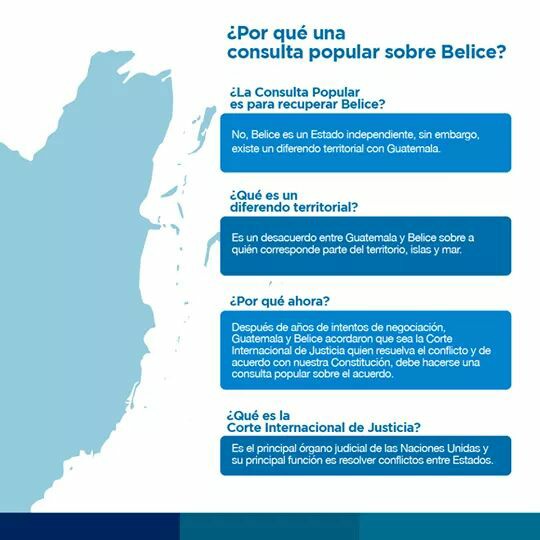 By BBN Staff:  Today Guatemalans head to the poll to vote in a referendum on the long-standing territorial dispute with Belize which dates back over 200 years when both countries were Spanish and British colonies, respectively.

In the poll, Guatemalans will be asked: “ Do you agree that any legal claim of Guatemala against Belize on continental and insular territories and any maritime areas corresponding to those territories should be submitted to the International Court of Justice (ICJ) for resolution?”

In the last few days, Jimmy Moralez, the Guatemalan President traveled around his country to encourage Guatemalans to vote in favor of the referendum. However, there are some Guatemalans who will not participate.

On Friday, seventeen community organizations held a press conference in Peten to inform the Guatemalan government that they are not going to vote in today’s referendum because they believe that it is too costly and is a waste of resources when Guatemalans are suffering from extreme poverty.

“ We will protest by not participating.We feel that this is not necessary. It is an exaggerated waste of resources when there are so much poverty and needs in Guatemala…….The majority of the people along the adjacency zone are asking what is it about and why will it be beneficial to us and what is the purpose?”

According to the Peteneros, the majority of their population is unaware of what the national referendum issue is about and they are calling on Guatemalans to not participate since to them, their president is using the opportunity to play a ‘victim’ in Guatemala and to expose himself in the media.

It is expected that around 7 million Guatemalans will vote at the poll today.