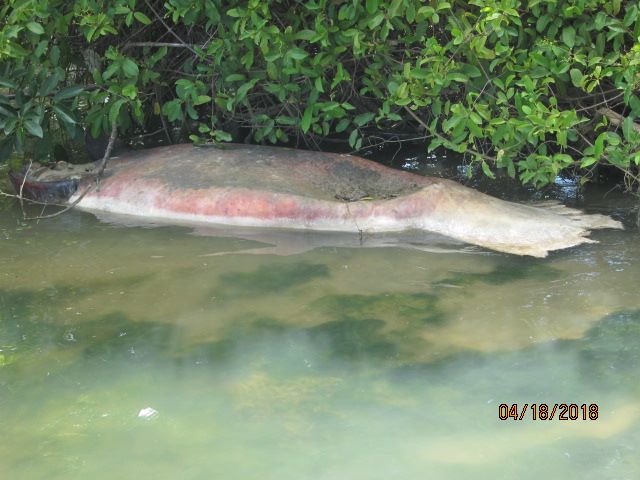 By BBN Staff: Manatee conservationists and environmentalists in Belize are investigating the death of 4 manatees that were found yesterday.

A patrol of Port Authority officers, members of Oceana, and Jamal Galvez of Seashore alliance was out on the Belize River yesterday when they found the four dead mammals between Manatee Lookout and the international airport area.

In an interview with 7 News Belize, Galvez said that the discovery is shocking since it is the first time that he has seen 4 dead manatees at the same location.

Galvez said that it is cause for concern since the patrol also observed some gill nets in the area. He further added that patrols will be increased in the coming weeks and they will partner with the Belize Fisheries Department to cease the use of gillnets in restricted areas.

The manatees were already in an advanced state of decomposition.