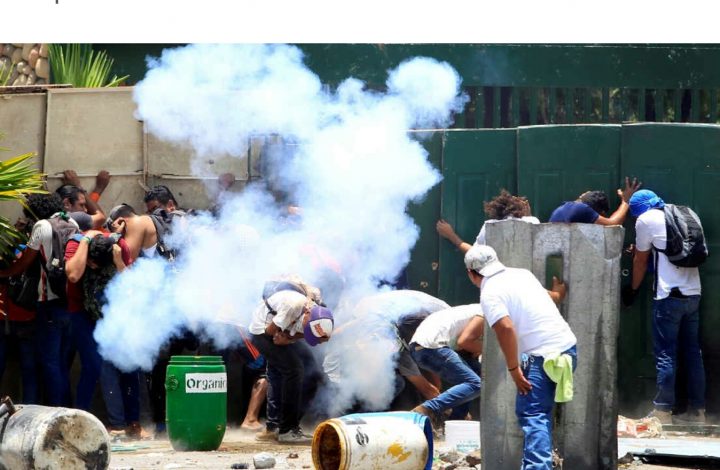 The protests have turned violent and are now the most significant protests in Ortega’s 11 years in office.

Universities and workers unions have also joined the protests.

Riots have erupted and police have attacked demonstrators resulting in the deaths of 1 police officer and two young protesters.

National television stations were covering the protests on Thursday, however, four of them have been taken off the air completely.

The Nicaraguan government ordered cable companies to cut the signal of the 4 national channels.

Miguel Mora, director of Channel 15 in Nicaragua said that taking the channels off the air is a “clear violation of freedom of the press.”

Nicaragua’s opposition informed the nation that over 20 people have been wounded in the protests.

The writer’s group Pen Nicaragua said that at least 11 journalists were attacked while covering the demonstrations.

Liz Throssell, spokeswoman for the Office of the United Nations High Commissioner for Human Rights made a call on the Nicaraguan authorities to act to prevent further attacks on demonstrators and on the media.

Throsell urged the Nicaraguan government to let its people “exercise their right to freedom of expression,” and urged protesters to demonstrate “peacefully.”