Cuba has a new president 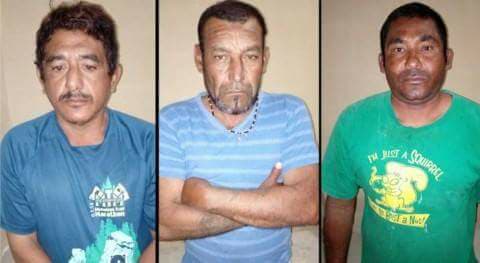 By BBN Staff: Belizean fisherman, Iginio Canto Bacab, who has been detained in Guatemala for attempting to smuggle illegal lobster almost a week ago, should appear in court tomorrow according to the Ministry of Foreign Affairs in Belize.

Ambassador Said Badi Guerra of the Ministry of Foreign Affairs confirmed to local media that he has been liaising with Guatemalan authorities, and learned that the hearing was originally set for Friday, April 20, but got pushed back to Monday, April 23.

Guerra said that he has identified an attorney in Puerto Barrios who will be taking the case.

“..we are hoping that he is going to be fined and then released,” he added.

Guatemalan Navy caught Bacab and two 2 Guatemalans last Wednesday, with a cache of out-of-season lobster, and took him to the town Livingston, in Eastern Guatemala to be charged. His crime is on a regional scale because lobster for the entire Central American region is currently out of season.