Mason back in court for kidnapping charges; His attorney says his constitutional rights were violated

Premier League semifinals kick off with much fanfare 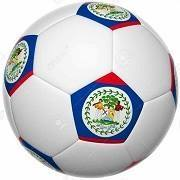 By BBN Staff: Fans were in for an action packed weekend as the semifinals for Premier League of Belize kicked off this weekend with two exciting games.

The first match between the Police United and BDF FC had fans in attendance on the edge of their seats.

On Saturday night at the Isidoro Beaton Stadium, Police United hosted the Belmopan Bandits ina very physical game. Jaro James from the Bandits kicked off the excitement with a goal giving the Bandits momentum until Police United’s Marlon Mesa tied the ball game in
second half.

That made Police United and their fans very excited. Harrison Roches of the Police United then scored the team’s second goal, causing fans to celebrate in excitement. Police United led the game until Tyrone Pandy of the Belmopan Bandits scored a goal and tied the ball game at two.

The two teams will match up again this coming weekend in what is expected to be another exciting game.

The next semifinal match was hosted by the BDF FC at MCC in Belize City, in a strong showing for the BDF FC. Both teams started out the game strong Trimayne Harris of the BDF FC put his team up with a goal in the first half of the ball game.

Verdes tried to score but could not, and in the second half Harris took over and scored the BDF’s second goal of the game. BDF FC won the game 2-0.

These two teams will also play each other again this coming weekend.