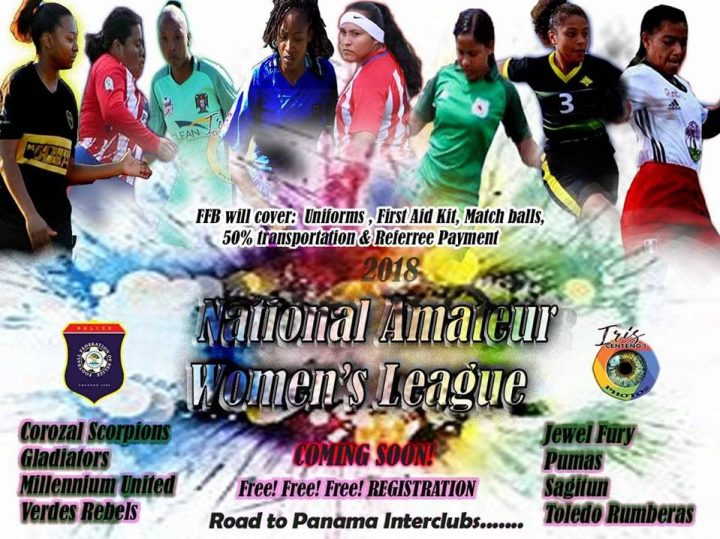 By BBN Staff: The Premier League of Belize has launched its new league for talented female footballers, the National Women’s Amateur League (NAWL). Girls and women from ages 15 to 30 can participate in this competition. The league officially opened on April 14.

The players have come from all different parts of the country, competing with one goal, to become the first ever NAWL Champions and etch their names in the record books. In the first set of games 4 teams came
out victorious and and now have their first three points. The winners were the Corozal Scorpions, Gladiators, Jewel Fury and Toledo Rumberas.

This past weekend the Verdes Rebels beat Millenium United 2-1. The game between the Pumas and Sagitun ended in a tie 1-1. The Gladiators beat the Corozal Scorpions 4-1 and Jewel Fury beat the
Toledo Rumberas 4-2.

The NAWL’s popularity is growing and the competition is exciting. Like the great international female football star, Mia Hamm says in her renowned quote “Somewhere behind the athlete you’ve become and the hours of practices and coaches who have pushed you…is a little girl who fell in love with the game and never looked back…play for her.”