This day in History: The Webster Proposals 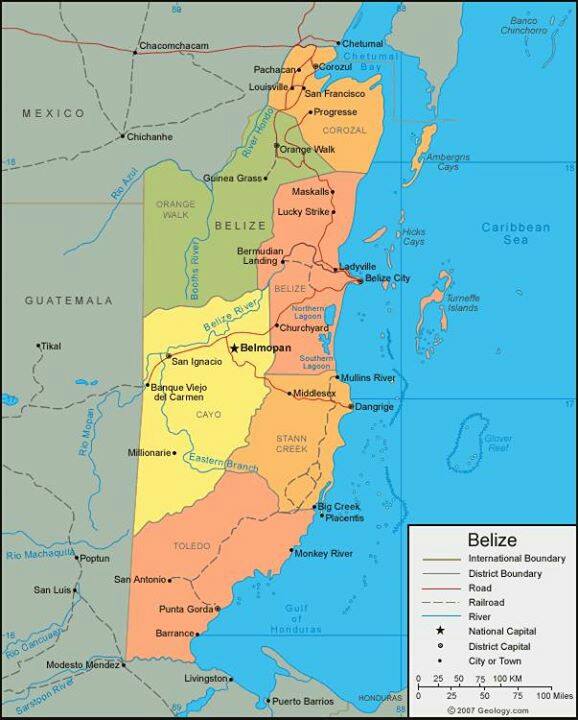 By BBN Staff:On April 29, 1968; after years of failed attempts to settle the Guatemalan territorial claim over Belize, American lawyer Bethuel M. Webster, who had been commissioned as a mediator to find a resolution to the claim, published a list of proposals that essentially would have made Belize an arm of the Guatemalan government with control over Belize’s military and foreign affairs relations. Riots erupted in Belize city after the news was made public and Britain was forced to reject the proposals, setting the stage for the upcoming referendum on whether to take the claim to the International Court of Justice (ICJ).

These proposals were agreed upon by the British and the United States. The plan was to give Belize independence from Britain but also give Guatemala control of the defense and foreign affairs of Belize. The Proposals also allowed for free movement of nationals between Belize and Guatemala and for free movement of goods through each country’s ports.

The proposals came after there had been several failed attempts to submit the matter for judicial resolution in the years leading up to 1968. In 1937, Britain had agreed to arbitration to settle the matter, however, Guatemala insisted that US President at the time, Franklin D. Roosevelt be the arbitrator, which the UK resisted due to close ties between Guatemala and the US.

In 1940, the UK proposed submitting the matter to the Permanent Court of International Justice (PCIJ). It also proposed another option involving an ad hoc tribunal with jurists selected for each party, with an umpire to be jointly selected by the parties – Britain and Guatemala. Thirdly, they proposed a three-man tribunal of international lawyers, with the umpire being the US President, Roosevelt.

While Guatemala agreed with option #3, its position was that the question was “too narrow.” Guatemala wanted it to be clear that because of Britain’s violation, the territory had reverted to her possession, but its position went beyond that to the claim for compensation for losses the country demanded due to Britain’s failure to build the access road under the 1859 treaty. An impasse then ensued.

In 1946 the PCIJ was replaced with the ICJ, which the UK suggested be the medium used to settle the dispute. Guatemala instead insisted on using mediation and arbitration. In 1948, Guatemala proposed mediation by the USA but the UK again insisted on going to the ICJ.

In 1965, the UK agreed with Guatemala to arbitration and it is out of this compromise that the Webster Proposals came forward.

Philip Goldson was an observer in the talks between the British and the Guatemalans and was given a draft of the proposals to read. At the meeting, Philip Golson secretly wrote the terms of the Webster Proposals and leaked them to the people of Belize in 1966. It took two years for the full proposals to be released to the public.

The plan placed the defense, foreign affairs and, to a certain extent, the economy of Belize under Guatemalan control after independence. The normal channel of communication to international bodies by the Belize government was to be through the Guatemalan government. The two governments were to consult on matters of external defense but this was tantamount to Belize being subjected to the dictates of Guatemala.

Even the provision of internal security in Belize, a responsibility expected within dependence, was to be the subject of consultation and co-operation. Belize was to accept a customs union with its neighbor, which was to be allowed free access to its Caribbean ports and territorial waters. It was to be rewarded with Guatemala’s support for its entry into the Central American community and into the Inter-American community and in particular into the Organization of American States (OAS) and the Inter-American Development Bank (IDB).

In sum, it is believed that the proposals exclusively committed Belize to a hemispheric destiny as a satellite or department of Guatemala. Nowhere in the document was it stated that the Guatemalan claim was revoked. Nor was Belize explicitly given the right to seek membership of the Commonwealth, the United Nations or international bodies outside of the Inter-American system.

The end result of these proposals, taken together, would have been the effective domination of Belize by Guatemala. Belize accordingly, declared that these proposals were totally unacceptable.

Following the revelation of what the proposals entailed, unrest and disturbances erupted in Belize even before the government had an opportunity to signify its total rejection of the proposals as incompatible with the aspirations and rights of the people to achieve full sovereignty as a free and independent nation. Requests were made to the government of the UK “to seek other means by which the Anglo-Guatemalan dispute may be satisfactorily and honorably settled so as to allow the country to pursue its unimpeded course to unfettered and sovereign independence.”