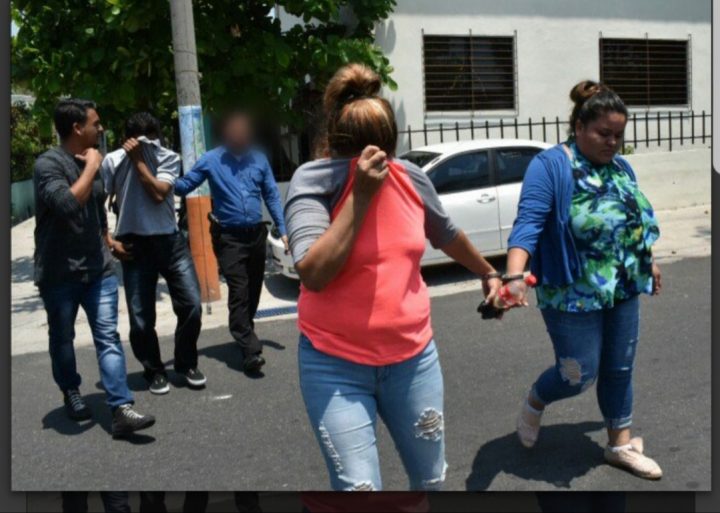 Source: La Pagina
Posted: Wednesday, May 9, 2018. 9:00 a.m. CST.
By BBN Staff: Five Belizeans accused of money laundering in El Salvador, will not make it back home in time for Mother’s Day.

As a matter of fact, it is hardly anyone’s guess when they will ever see Belizean soil again. That is because an El Salvador judge, yesterday, ordered that they be detained until their trial date for money laundering.

BBN had reported that on Thursday, the five Belizean nationals were each busted carrying over US $10,000 in cash. They were joined by a Guatemalan and Honduran national who were also carrying cash.

The problem is that when their flight from Belize city arrived at the Monseñor Óscar Arnulfo Romero airport in El Salvador, they failed to make a declaration.

And so before they could board their flight to Bogota, Colombia, they were nabbed by authorities who believe that they were attempting to transport monies made from illicit activities, to drug lords in Colombia.

The detainees claimed that the monies were for personal expenses while they enjoyed Colombia as tourists.

La Pagina reports that the detainees were executing a process known as “smurfing”, in which large sums of dirty money are broken down into smaller sums and transported by several persons to avoid detention.

The date for their trial has not yet been set.