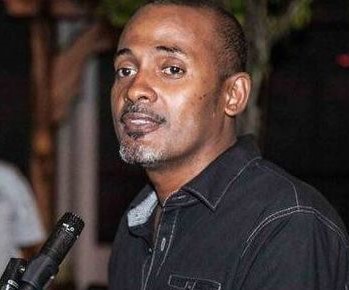 Not at personal odds, but in their professional capacities as Hyde is the President of the Christian Workers Union (CWU) and two of his union members were terminated by Wagner’s council this week.

One of those terminated is Cecil Jenkins, a coordinator at the Sanitation Department who is seeking to challenge Hyde’s brother, the PUP’s Deputy Leader, Cordel Hyde, in the upcoming national elections.

Yesterday during his Wake Up Belize (WUB) Morning Vibes talk show, Hyde made the case that the CWU was not informed of the terminations as documented in the Collective Bargaining Agreement.

According to Hyde, he cannot, “sit down and accept that those terminations were fair or just.”

He explained that the termination of union members had to be done through a process.

“We have a responsibility. We are the bargaining agent for unionize members at the city council and so as is outlined in our collective bargaining agreement. There are certain ways you go about with your disciplinary process,” he continued.

Hyde questioned whether the due process was followed as the two employees terminated were recently positively appraised.

He explained that at no point his union was notified that the council had been experiencing difficulties with its two members.

“So there is no build up for us to know what grounds and in fact, it is not specified in the letters as to what grounds our members have been terminated and so we have a responsibility to engage the city council in defense of our members,” he informed.

Yesterday the CWU sent a letter to the council requesting its audience so that the rights of its employees could be defended.

It is not yet known when this meeting will happen but BBN will provide coverage of it.