FCD reports on illegal occupation by Guatemalans inside the Chiquibul 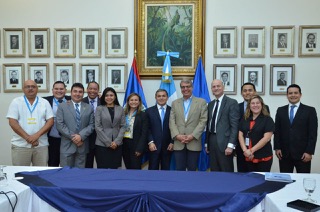 By BBN Staff: Yesterday, the Belize-Guatemala Joint Commission met for the second time this year, under the auspices of the Organization of American States (OAS) in Guatemala City.

Discussions included the roadmap that was defined for the initial implementation of four of the 13 Bilateral Agreements between the two countries. Those four agreements were the Movement of Students, the Protection of the Environment, Tourism, and the Operating Hours of Terrestrial Entry Points.

The meeting was headed by the Commissioners of both countries, the Ambassador of Belize in Guatemala H.E. Alexis Rosado, the Ambassador of Guatemala in Belize, H.E. Georges de La Roche; and Manuel Washington Abdala, Special Representative of the Secretary-General of the OAS for the Belize-Guatemala affairs.

In addition, the Joint Commission defined the initial mechanisms for the establishment of a High-Level Group of Security Forces (GANSEF) among the Parties as part of the strengthening of existing Confidence Building Measures.

The representatives of the OAS expressed their willingness to seek the spaces for financial cooperation for the operation of the OAS Office in the Adjacency Zone, within the framework of the Donor Groups and the next General Assembly of the OAS.