Belize Makes History: Our Participation at the Annual Pennsylvania Relays 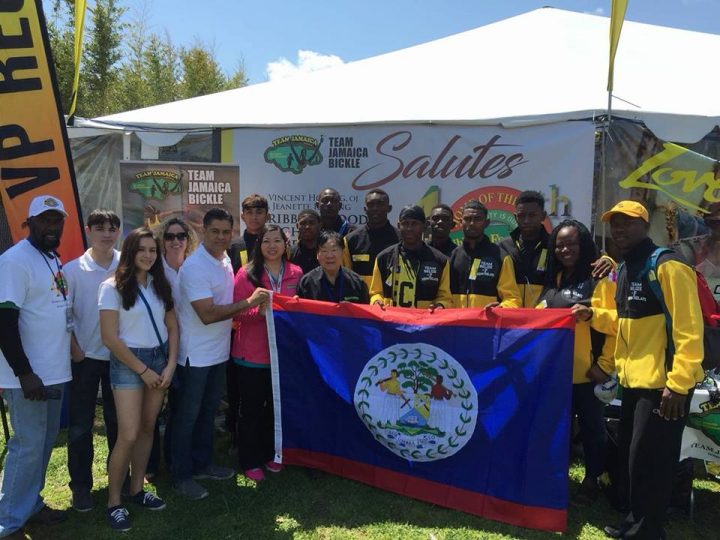 By BBN Staff: According to an article in Caribbean Life News (CLN), late last month Belize made history as it was the first country from Central and South America in over 80 years to participate in the annual Penn Relays at Franklin Field Stadium, University of Pennsylvania.

James Cordice, a native of Saint Vincent, and collaborator behind Belize and Saint Vincent and the Grenadine’s participation in the games told CLN, ‘In 1937, a Panamanian team came to the Penn Relays and, since that time—until  now—there has not been a team from Central America participating in the games.’

The article, written by Nelson A. King, states that for the past eight years, however, Cordice who is also an advocate for the community, has greatly influenced Saint Vincent and the Grenadine’s educational system by encouraging two of their high schools—The Thomas Saunders Secondary School and the St. Vincent Grammar School to compete in the Penn Relays.

He also took a trip to Belize with the goal to convince if not more, at least one high school to participate. He was successful when Stann Creek Ecumenical High School agreed to compete in both the oldest and largest collegiate athletic meet in the US.

King’s article gave references to statements from both Ovado and Francisco. Ovado stated, ‘Today, we made history. Today, for the first time, we have anybody from Belize (competing in the Penn Relays.)’

Francisco also added in reference to Stann Creek’s participation in the games, ‘This was the start of what is now history. Thanks for coming through.’

He then ended his article indicating that although the athletes were no match for their competitors at their first try with the illustrious Penn Relays, they were successful in accounting for themselves. Many gave thanks to Mr. Cordice for the opportunity he provided for Belize to be a part of history.