Notice to all Justices of the Peace 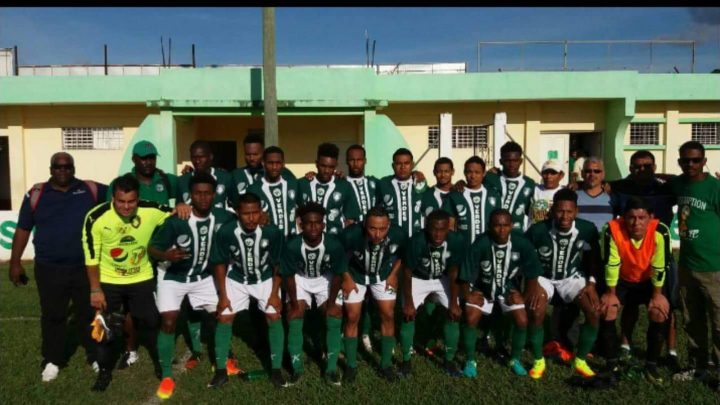 By BBN Staff:No football games will be played this weekend in the Premier League of Belize (PLB) Closing Season playoffs. This is because the Belize Defense Force (BDF) team won an appeal against the cancellation of a penalty scored in the semi-finals game played against Verdes FC two (2) weeks ago.

The penalty was scored by Tremayne Harris of the BDF team but was called off by referee Christopher Reid. Accordingly, a BDF player had entered the 18-yard box prior to the penalty kick and as such the penalty should have been re-taken. Instead, the referee erred and cancelled the penalty. The game ended in a 3-nil score in favour of Verdes, who advanced to the finals and played to a 1-1 draw against the Bandits at the Norman Broaster Stadium last weekend.

To the fans and players of the BDF team as well as football enthusiasts, the referee’s decision on the penalty was unfair, and if the penalty was credited, then BDF would have advanced to the finals instead of Verdes.

BDF launched a protest to the PLB and the Disciplinary Committee suspended referee Christopher Reid and linesman Windel Esquiliano. However, the 3-nil outcome of the game remained, BDF remained eliminated and Verdes advanced to the finals. This decision was made by the Disciplinary Committee on May 3rd 2018 and on Sunday, May 6th Verdes and Bandits played their first finals game at the Broaster Stadium in San Ignacio.

The letter from the Appeals Committee specifically stated that “the Disciplinary committee in its decision cited IFAB Laws of the games regulation 14 section 2 which indicates that if a team-mate encroached while a penalty kick is being taken and that if the ball enters the goal the penalty should be retaken and because in the circumstances an inordinate period of time has elapsed before the appeal was presented to the FFB Appeals Committee any game played after the 30th April, 2018 being the date when BDF FC lodged its protest is declared null and void and of no effect and must be replayed”.

A final decision on the playoff has to be made by the FFB as soon as possible as the Premier League has to select a champion to represent Belize in the CONCACAF champions league by 20th May 2018.

BBN has been reliably informed that chances are high that all three (3) games, BDF vs Verdes and the two (2) finals games against the Bandits, must be played this coming week in order to have a champion in place by the 20th May deadline.