Brace yourself for a busy 2018 hurricane season 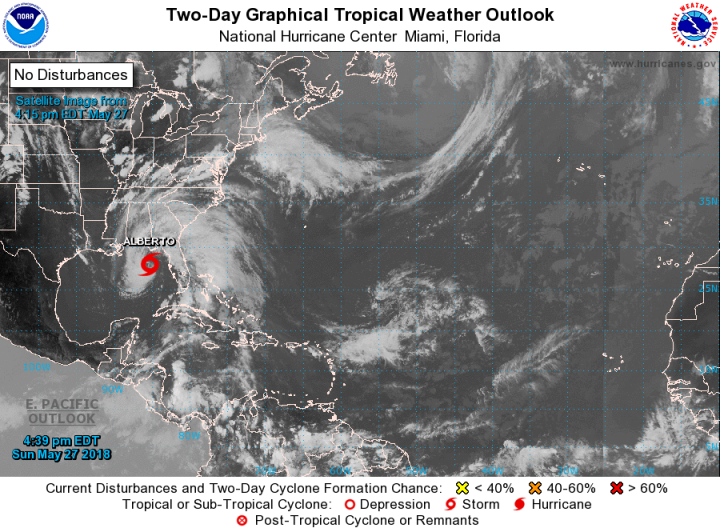 By BBN Staff: The 2018 Atlantic Hurricane Season officially begins on June 1 and goes through to November 30, 2018.

The National Oceanic and Atmospheric Administration (NOAA) has forecasted that this year’s season will be strong and above average.

But the 2018 season is off to an early start with Tropical Storm Alberto being the first named storm.

Alberto has already prompted a state of emergency in parts of the United States.

According to the NOAA, there is a 70% chance of having 10 to 16 named storms forming this year.

Of those, the NOAA is forecasting that five to nine of the storms will form into hurricanes with winds of 74 miles per hour or above.

One of the four storms could turn into major hurricanes.

In an average season, there are 12 named storms, of which six develop into hurricanes, including three major hurricanes.