Home-builders/contractors to feel the pinch, Cement prices going up! 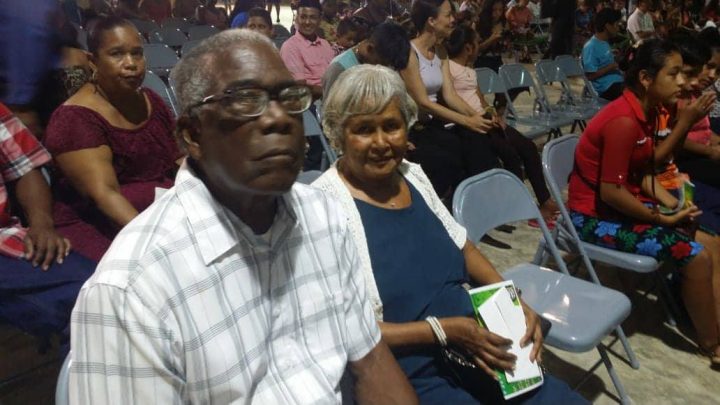 Born on March 18, 1936, Scott grew up helping his dad raise cattle at their family farm in Gracie Rock Village.

His first job was at the prestigious Lynam Agricultural College in Stann Creek District where he taught agriculture for over 15 years.

Patrick’s passion and love for agriculture earned him a scholarship to Modesto Junior College in 1963 where he completed his Associated degree in Agriculture. Shortly after, he earned another scholarship to complete his Bachelor degree at the California Polytechnic Agriculture College in San Luis, Obispo. In 1978 Patrick left Belize for Columbia where he specialized in rice production, and in 1984 he was off again to Costa Rica where he completed specialized studies in cacao.

Once Scott completed his education, he shelfed all his books and became one of the best technical field agriculturalist Belize has ever known. He was so down to earth that it was a pleasure to be in a formal or field class and have Patrick teach you agriculture. Scott also worked as an agronomist or managed many projects, particularly in rice and cacao in the southern districts of Belize.

Patrick Scott led by example, he demonstrated how to do each and every activity from sowing seeds, to transplanting, to grafting, to pruning, to harvesting. He was a great and highly effective farm manager. His cost saving and business approach were noticeable. Amongst his vast knowledge in agriculture, he was a particular expert in rice, cacao, citrus, coconut and tropical fruits.

Apart from his achievements in the field of agriculture, Scott has always been involved in community activities, serving as President of Our Lady of Guadalupe Parish Council and St. Vincent de Paul society, Belmopan Chapter.

Patrick Scott served as Coordinator of the Youth group at Our Lady of Guadalupe and sat on various boards of Catholic schools.

Patrick earned his nickname “Belize Goose Tatum” through his love for basketball where his unexpected hoops from any angle, and under any circumstance, were unstoppable. This special skill along with his speed on the court helped him to lead his various basketball teams to numerous victories. Due to his lightening speed, he was also known for his track and field skills.

In 2014, Scott embarked on his new project – a farm where a variety of medicinal plants are planted. Scott and his wife Manuela manage and operate Primita’s Bed and Breakfast in Ringtail village located at Mile 40 on the Hummingbird Highway. The Scott’s decided to open the bed and breakfast when Blue Hole was getting increasingly popular with tourists, students, and interns.

At their family home, Patrick and his wife Manuela, also care for his brother, affectionately known as “Cooks”, who himself has a wide knowledge of medicinal plants and provides herbal remedies to Belizeans as well as to guests at the Bed and Breakfast.

In 2015, Scott was honored with the Belize Meritorious Award for his contribution to the development of agriculture in Belize.

BBN congratulates Scott for his many achievements.