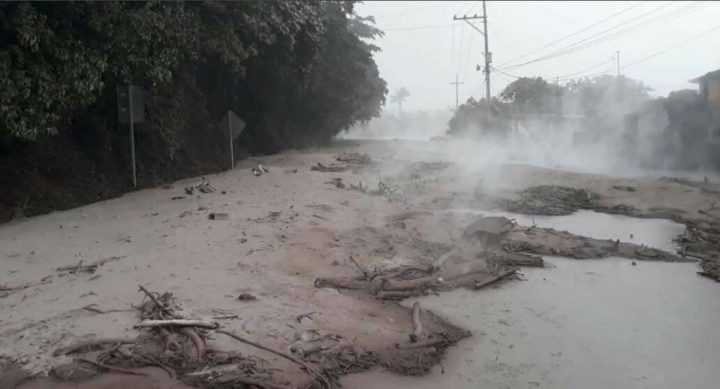 By BBN Staff: Today, hundreds of Guatemalans were affected by Guatemala’s Fuego volcano that erupted.

Authorities have confirmed that at least seven people were killed and over 300 injured.

The volcano is located some 25 miles south-west of Guatemala City and has been spewing smoke and ash.

One village was extremely affected by running lava causing deaths and injuries.

Guatemala’s airport in the capital city has closed down while many villagers are being evacuated.

President Jimmy Morales informed that a national emergency response team has been activated.

The river of lava has reportedly changed direction and is now heading toward a small town.

Sergio Cabanas of the National Disaster prevention committee spoke to Reuters and informed that people have been burned and killed including a member of his staff.

Residents have been urged to wear masks due to the falling ash.

Via twitter, the Guatemalan army announced that they are responding to the emergency in their villages.