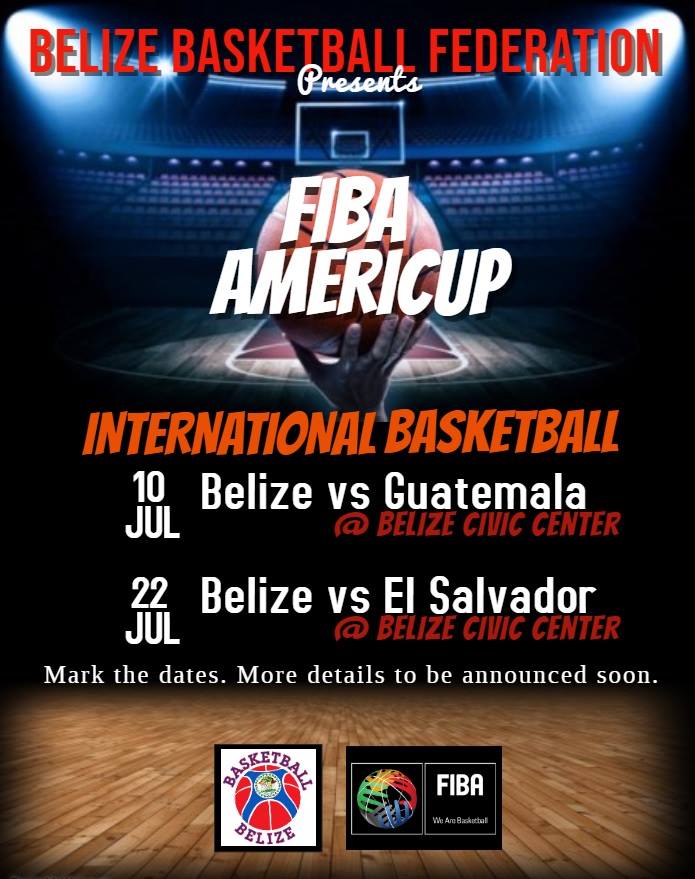 By BBN Staff:  The Belize Basketball Federation (BBF) today announced that the National Basketball Team now begins the journey to the FIBA Americup, which will be held on July 10.

The Belize Men’s National Basketball Team will play in the first round of the Central American qualifiers for the FIBA Americup tournament.

FIBA’s new competition format will see the Belize team play in home and away series against Central American rival teams for a chance to advance to the next round of play against countries from other regions in the Americas hemisphere.

A tournament draw was held in December, 2017 and the following groupings were established:

*Panama has already qualified for the FIBA World Cup 2019 tournament.

Teams will play games in their grouping.

The top teams from each group will then play each other for the spot to advance from the Central American region.

The first game will be a home game at the Belize Civic Center against Guatemala on Sunday, July 10.

Then, Team Belize travels to play in El Salvador and Guatemala.

After those games, Belize’s National team will host our final game against El Salvador on Friday, July 22.

Game times will be advised once they are finalized.

The BBF says that after a bronze medal performance in the recent Central American Games in December last year, there are high expectations for the team.

“We anticipate that he will put together a strong team which will make a deep run into the FIBA Americup tournament,” the BBA stated.

This is an important tournament which gives us a route for possible selection in FIBA’s Olympic qualifying tournaments in 2020 to participate in the Tokyo 2020 Olympic Games.

The opening of tryouts and training camp will be announced shortly.

Belizeans are encouraged to track all these exciting events and support the national team.