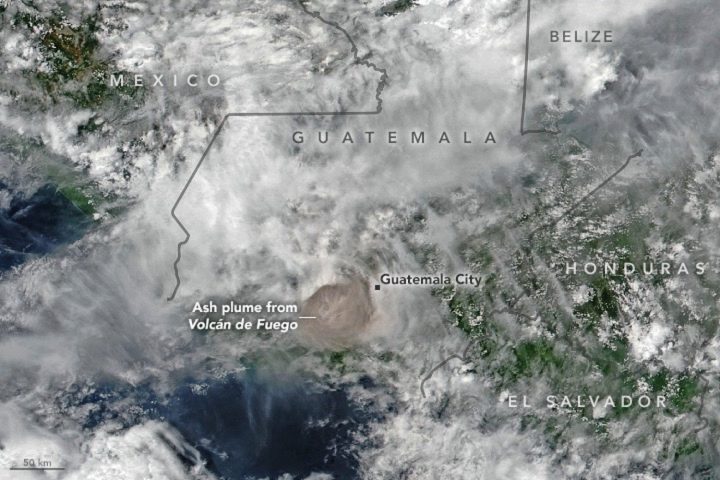 authorities have confirmed that as of yesterday, there were 69 dead as a result of the catastrophic eruption of Guatemala’s Fuego Volcano on Sunday.

The volcano sent rivers of lava lashing through many villages.

Many videos and photos of victims have surfaced on social media showing despair and grief experienced by Guatemalans in this tragic phenomenon.

An image of six dead children who suffocated was released yesterday as a result of the ash and black smoke sent out by the volcano.

On Monday, Guatemalan President, Jimmy Morales declared a three-day mourning in respect for the victims and their families.

Thousands of families have been misplaced as search efforts continue to seek their loved ones. Over a million people have been affected by the eruption.

Salvadoran authorities have sent personnel to assist the country.

Satellite images captured the moment when the volcano erupted sending panic to Guatemalans.