Masked men rob security firm and make off with their guns

Elvin Penner cashing in on land bought in suspicious transaction 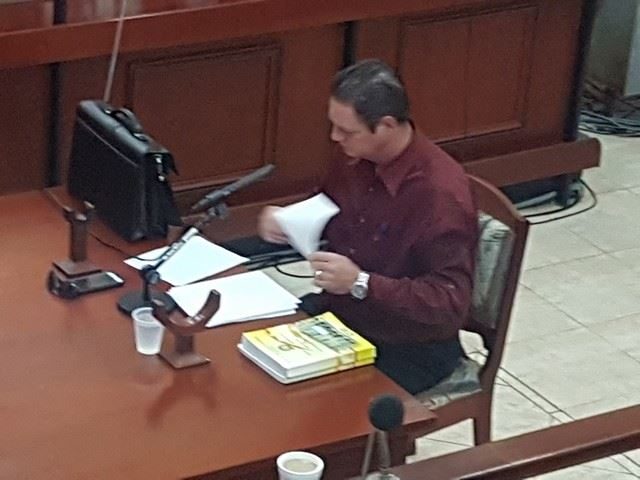 By BBN Staff:  Disgraced former Minister of Immigration, Elvin Penner, is again drawing heated criticism after a sign with land for sale bearing his name and contact number was posted online. Penner, as was reported in 2015, who had been booted from his party over the Won Hong Kim passport fiasco, had been sold a large plot of land in the Mountain Pine Ridge area for a fraction of its market value.

Now it appears Penner is embarking on a lucrative real estate business venture. The sign shows a map of the area and layout of the seven parcels available for sale. The sign also includes Penner’s email address.

In 2013, the Government of Belize requested Penner’s resignation after systemic corruption and fraud was discovered at the Immigration and Nationality Department, with the sale of passports within his ministry.  Among the most infamous was the Kim passport saga, which saw an international fugitive claim Belizean nationality. ‘Citizen Kim’, as he came to be known, was a naturalized Belizean who held a Belizean passport without ever setting foot on land in Belize and while being held in prison in Taiwan.

By November 2015, several land documents were leaked to the media confirming that Penner was involved in a land scheme, acquiring land for little to nothing. Story here: https://breakingbelizenews.com/2015/11/02/elvin-penner-acres-dirt-cheap/

The documents proved that Penner had acquired land in the Mountain Pine Ridge area for a fraction of the market price.

According to the document, Penner was leased the 36.17 acre plot of land in the Mountain Pine Ridge area dating back to 2012. The annual rent on the land was set at a $108.50.