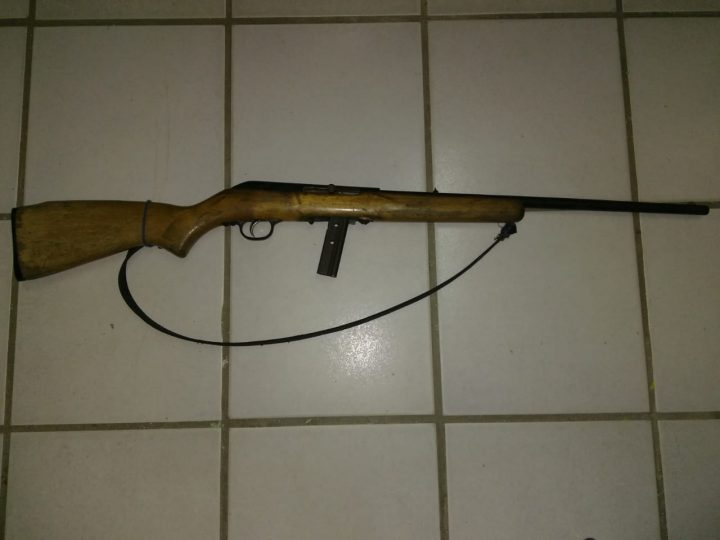 By BBN Staff:  San Ignacio Police are reporting that on June 6, 2018, an FCD ranger handed over a .22 rifle and an empty magazine to them.

The ranger revealed that around 10:40 a.m. while on training with some recruiting rangers in the Chiquibul National Park in Cayo District, they encountered 5 Hispanic men, one of whom was in possession of a .22 rifle.

The man with the rifle shot towards his direction, which resulted in him taking cover and firing his own gun as a response.

The armed Hispanic man along with the other 4 people in the group then fled the scene leaving behind the rifle.