Two convicted for the murder of Steven Valencia

Illegal hunters from Guatemala busted in the Chiquibul Forest 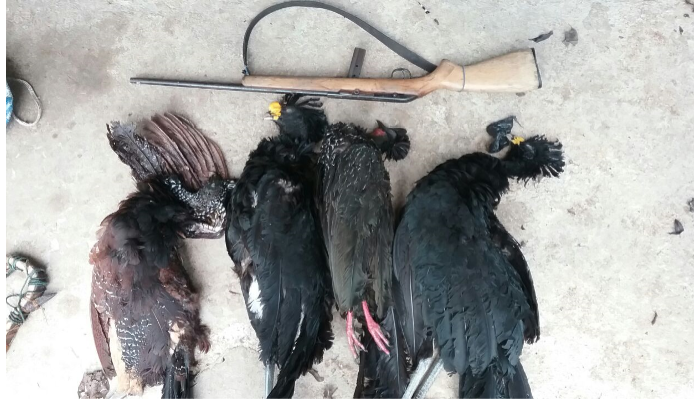 By BBN Staff:  On Wednesday morning rangers from the Friends for Conservation and Development (FCD) were conducting a training exercise in the Chiquibul Forest National Park when they encountered five Hispanic men.

Upon sight of the rangers, the men fled but two of them were captured.

They were found with a .22 rifle, 1 male curassow, 2 female curassows and one crested guan all dead.

Additionally, the men were in possession of clothing, food, ropes, and a pair of climbing spurs.

Lastly, two scarlet macaw chicks were confiscated from them by the rangers. The birds were 50 days old and were handed over to the Forestry Department.

The captured men told the officials that they were in Belizean territory to capture the birds which sell for an estimated BZ $300 in the Peten Department.