Below The Bar – Women’s representation in the National Assembly 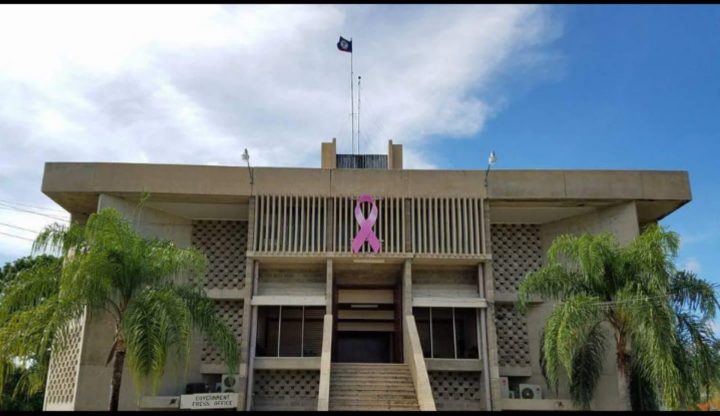 By Lisa Shoman:  Black Americans were once counted as being 3/5 of a person. This was known as the Three-Fifths Compromise reached among state delegates during the 1787 United States Constitutional Convention.  This arose because of a debate if slaves would be counted when determining a state’s total population since this would determine the number of seats that the state would have in the United States House of Representatives for the next ten years. The compromise solution was to count 3 out of every 5 slaves as a person for this purpose.

According to the figures collected by the Inter-Parliamentary Union (IPU), as of May 1, 2018, the average number of women in National Parliaments worldwide is 23.8%.

UN Women calls this a slow increase from 1995, more than 2 decades ago, when it was only 11.3 per cent. Belize is stuck in the past of almost 25 years when it comes to the amount of women in our national parliament.

As can be seen from the chart of regional breakdown shown, we are not even close to the average in the Americas which ‘boasts’ almost 30 percent participation.

We have less women parliamentarians than Sub-Saharan Africa, less than Asian countries, far less than Arab States, and less even than the Pacific with the lowest statistics on participation of women.

This means that women, who are slightly more than 50 % of the Electorate, are represented in the National Assembly of Belize by only 11% of persons of their gender.

Put another way, almost 90% of the political directorate in Belize are men.

Women are a vastly underrepresented gender minority in the Jewel. It is a situation which can be compared to living under minority white rule in Rhodesia or South Africa.

Put another way, it is as if we are stuck in our colonial past when ‘creole’ Belizeans were assumed to be incapable (save for a few outliers) to govern the affairs of British Honduras.

This ensured that the LegAss and the LegCo was run by men, and only men who had property. Women did not qualify until much later, and only if they held property as ‘femme sole’.

Universal adult suffrage did not occur until 1954, about 80 years after we became a crown colony. Then and only then was the property restriction removed for men and women.

Did this mean that only men with property were capable of governing the colony? That was certainly the intent. But what does it mean when women in the Jewel today are less than 12% of our representation in the National Assembly?

It means we are operating below the bar.

Politicians depend on women to get elected. They cannot do without our support, electorally or logistically.  Women are campaign managers, counting room chiefs, polling station generals, area and street captains, polling and counting agents, runners, supporters and most importantly, voters.

But we don’t get the respect or the reciprocal support we deserve for that loyalty.

Both the ruling United Democratic Party, and the opposition People’s United Party need to do a whole lot more in terms of finding, fostering and financing women candidates. They must do so in a systematic and focused manner. And so must the alphabet soup of third parties that are just as stubbornly patriarchal in their outlook.

The words in the Constitution of Belize mean very little for women if “We the People” are represented by 1 woman and 9 men out of every 10 Representatives. This is not what women fought to get universal adult suffrage for.

And if a quota system is the only way to get more gender parity, then we must do it. It may be the only way that we will cross that 11.11% bar.